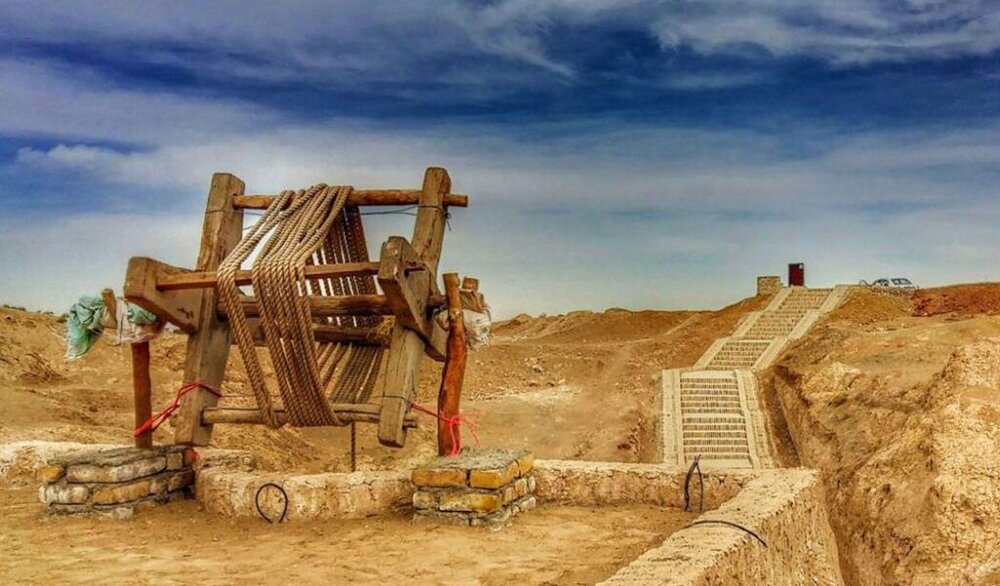 The qanat system, registered with UNESCO, is a magnificent example of a technological ensemble illustrating significant stages in the history of human occupation of arid and semi-arid regions. These underground tunnel systems bring infiltrated groundwater, surface water or spring water to the Earth’s surface using only gravitational force.

Experts will investigate the effects of human activities and climate change on the quantity and quality of water in Persian qanats, and provide solutions to protect these water transmission structures, which date back around three thousand years. , the official said.

“In addition, experts will assess the condition of the Persian aqueducts over the past two decades in terms of water quantity and quality.”

Changes in land use, the sharp drop in water tables and the lack of good governance in the field of water resources are among the elements to be taken into account, the official added.

Earlier this year, Kerman province, home to many qanats, hosted a three-day conference where dozens of experts discussed ways to preserve age-old heritage.

The Persian Qanat system is a magnificent example of a technological ensemble illustrating significant stages in the history of human occupation of arid and semi-arid regions.

The concept of “Persian Qanat” was inscribed on the UNESCO World Heritage List in 2016, representing eleven aqueducts across Iran. According to the UN cultural body, the qanat provides exceptional testimony to cultural traditions and civilizations in desert areas with an arid climate.

It works on the basis of complex calculations and exceptional architectural qualities because water is collected and transported by simple gravity over long distances and these transport systems have been maintained for centuries and, sometimes, millennia. The qanat system enabled settlements and agriculture, but also inspired the creation of a desert-specific style of architecture and landscape involving not only the qanats themselves, but their associated structures, such as reservoirs water, mills, irrigation systems and gardens.

As for the architectural elements, each qanat comprises a nearly horizontal tunnel collecting water from an underground water source, usually an alluvial fan, into which a mother well is sunk at the appropriate level of the aquifer. Well, shafts are dug at regular intervals along the route of the tunnel to allow the evacuation of the cuttings and to allow ventilation. These appear as craters from above, following the line of the qanat from the water source to the agricultural settlement. Water is transported along underground tunnels, called Koshkan, by gravity due to the gentle slope of the tunnel to the outlet (Mazhar), from where it is distributed through channels to the agricultural lands of the shareholders.

Additionally, the levels, gradient and length of the qanat are calculated by traditional methods requiring the skills of experienced qanat workers and have been passed down through the centuries. Many qanats have sub-branches and water access corridors for maintenance purposes, as well as dependent structures including rest areas for qanat workers, public and private hammams, reservoirs and water mills. The traditional communal management system still in place allows for fair and sustainable sharing and distribution of water.

The eleven forming qanats, a collective UNESCO World Heritage Site, are still active water carriers and have retained not only their architectural and technological structures, but also their function.