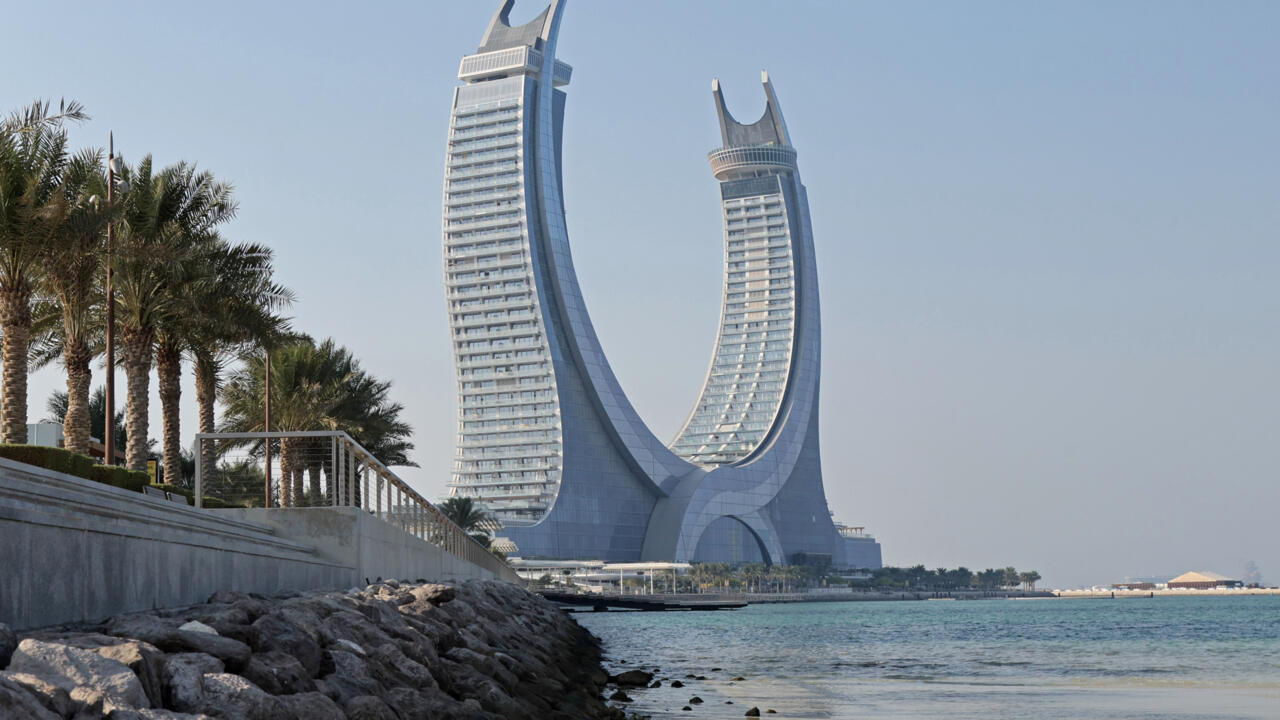 A penchant for luxury in the energy-rich Gulf state, which has one of the highest GDPs per capita in the world, has rubbed off on an unusually high-end edition of a tournament for the masses.

If you can shell out $4,950 for a VIP ticket to a group game, you can enjoy drinks, a six-course meal and entertainment in a lounge overlooking the halfway line at Lusail Stadium, north of Doha.

Those with bottomless budgets in the resource-rich region also have attractive accommodation options, with a third-party site offering hotel rooms for $4,000 a night and $26,000 for a “head of state” suite. ” – with a minimum stay of 30 nights.

Things are a bit different for ordinary fans.

Cheaper options include a steel bed in a shared room in the semi-desert near the capital for $84 a night, or accommodation on docked cruise ships for $179 to $800.

Crowds at the stadium will include migrant workers from Qatar, who have been offered 40 riyals ($11) tickets to watch a sport whose players and main supporters are traditionally blue-collar workers.

According to Ronan Evain, executive director of Football Supporters Europe, the responsibility for “premium” experiences has left some fans cold.

“Clearly there is a focus on an upscale type of tourism, but the vast majority who go to a World Cup are middle class,” Evain told AFP.

“These are not the kind of people who can afford to stay on a $5,000-a-week cruise liner.”

The hordes of ticketless fans that usually descend on a World Cup will be reduced in number, as only ticket holders and up to three guests each can enter Qatar during the tournament from November 20 to December 18.

Many fans will stay elsewhere in the Gulf and board the approximately 100-200 daily World Cup shuttle flights from the United Arab Emirates (UAE), Saudi Arabia, Kuwait and Oman.

Even these options are not cheap.

In Dubai, an hour’s flight away and expected to be a major destination, an official World Cup package costs $1,500 for four nights in a shared room, including a return flight to Doha but no match tickets.

Qatar’s World Cup is at least compact, with all eight stadiums in and around Doha eliminating the cross-country travel required in previous editions such as Brazil 2014 or Russia 2018.

“The problem with the World Cup in Qatar is that there are very few alternatives,” Evain said.

“At a World Cup in Brazil or Russia, you can take a train, rent a car, stay 200 kilometers (120 miles) away or just come for the day of the match.

“People are looking for a solution and for quite a few people the solution is to cancel, because they can’t afford that kind of budget.”

However, Sue Holt, executive director of Expat Sport, the UAE agent for the official World Cup package provider, said there was a range of accommodation ‘suitable for most budgets’. .

The United States, Britain, France, Mexico, China and India were among the countries where fans showed the most interest in UAE packages, she said. .

“Sports tourists generally tend to be older and travel in groups, which can be families, friends or sports groups,” she said.

“Part of the appeal of this type of travel is that it’s a communal, shared experience of watching your favorite team or player together.”

Those supporters “will include people who have never ventured into this area before,” Holt added.

According to Robert Mogielnicki, senior resident fellow at the Arab Gulf States Institute in Washington, hosting the World Cup is a matter of “prestige” for Qatar, a monarchy of just 2.8 million people, mostly expatriate workers.

“What Qataris don’t want to happen is to end up with an oversupply of tourism infrastructure for a segment of tourists unlikely to be a regular and consistent presence in the country,” he said. he said, explaining the limited options.

“I suspect that Qataris will continue to seek to attract wealthier tourists from elite circles,” added Mogielnicki, who is also an adjunct assistant professor at Georgetown University and George Washington University.

“Much of the momentum behind regional tourism projects, particularly in Saudi Arabia, seems to be focused on high-end luxury experiences these days.”