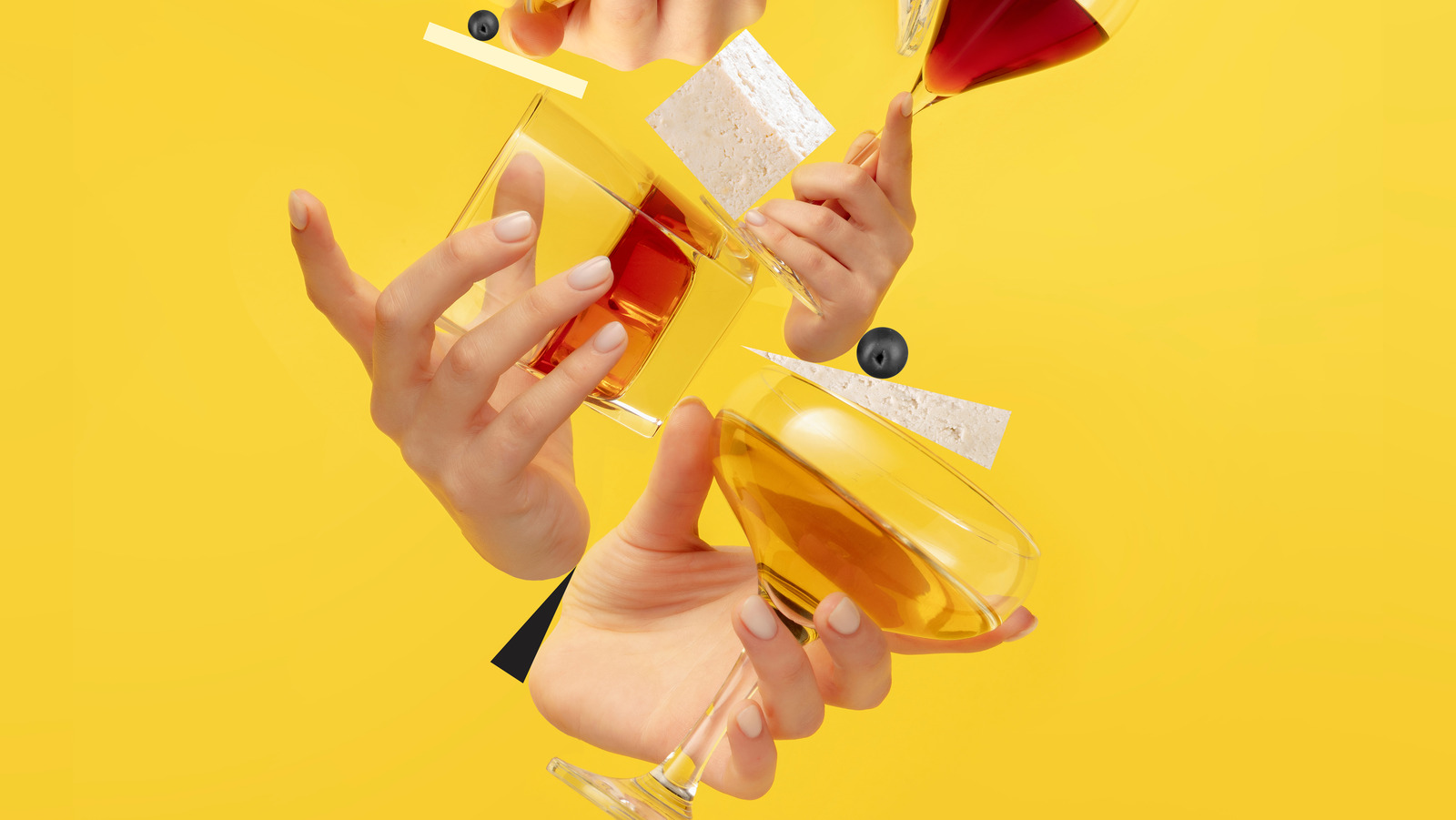 Le Syndicat cocktail bar pushes the boundaries with drinks like its Gettin’ Milky with Nut cheese. According to Food & Wine, in addition to gin, milk, curry and walnut vinegar, the drink is made with Roquefort, a cheese known for its pungent qualities. Of course, you can’t just mix cheese straight into a cocktail and get the texture or flavor you want. So to make the inventive creation work, the Syndicate bartenders use the technique of making milk punch, a clarified cocktail that has regained its popularity in recent years. Food & Wine explains that adding Roquefort to the gin and vinegar mix (which contains citric acid) “causes curds and whey [from the blue cheese] to separate.” After straining the mixture, bartenders are left with a surprisingly clear drink infused with a light Roquefort-y flavor.

In addition to the blue cheese cocktail, another cheese drink creation graced the Syndicate menu. Called the GOAT, the cocktail featured a garnish of goat cheese mousse, as well as arugula, cucumber, gin and myrtle brandy.

So what’s the impetus for all these cheese drinks? Syndicat creative director Thibault Massina told Tasting Table that cheese is “one of the most important ingredients[s] in French gastronomy.” In addition, the team – which includes bartenders who are chefs and trained sommeliers – “loves a challenge”.