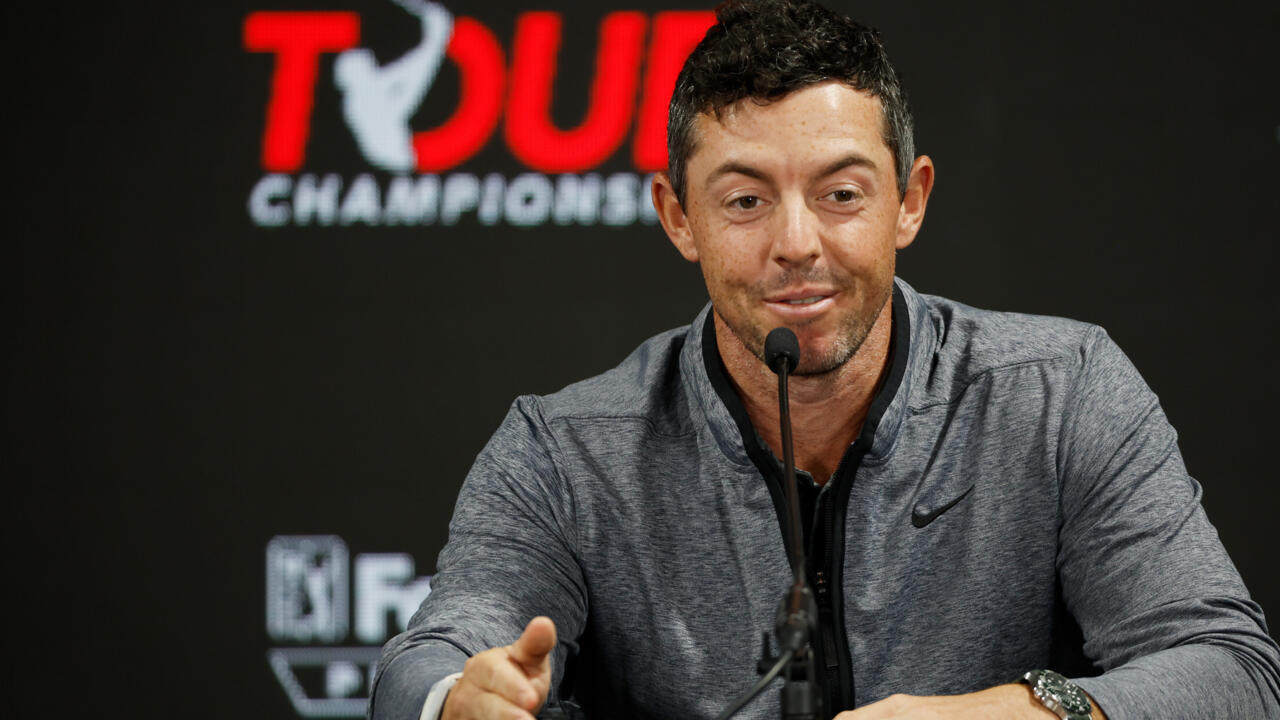 McIlroy and Mike McCarley, founders of TMRW Sports, announced the partially virtual golf league on the eve of the season-ending US PGA Tour Championship at East Lake in Atlanta.

“It’s rooted in the lore of the game, but it’s a big step into the future,” McCarley said. “It starts with having the game’s two biggest superstars, Tiger and Rory, committed to play.”

Events would be played in a yet-to-be-determined location that would be customized to allow live chips and putts to be played and longer shots to be sent to a video screen for virtual results.

Golfers hit longer shots on giant screens that produced a virtual result similar to what one would see on a regular course. A grassed playing area adjacent to the venue floor would allow spectators to cheer on live shots and putts.

The setting combines the atmospheres of arena gaming events, with music and entertainment, with the physical skills required for a successful golf shot with 18 holes completed in a two-hour TV-friendly format.

“TGL is the next evolution in professional golf,” Woods tweeted. I’m thrilled to be part of this exciting new company, which will harness technology to bring new approaches to the sport we love.”

The PGA Tour will partner in the draft, with six three-player PGA teams each competing in a 15-game Monday night regular season leading to a semi-final and final, with the season having a January-April window.

“I think it’s a great opportunity for PGA Tour players to show a different side of themselves in prime time on Monday night,” McIlroy said. “It’s great for brand exposure to try to engage a different audience.”

The idea is to try to get a younger audience of sports fans interested in golf, McIlroy said.

“I just think it’s going to be a really cool concept,” McIlroy said. “Tiger and I are incredibly excited.”

The less strenuous physical format would allow Woods to compete without the long walk of the courses which has been more difficult since he suffered serious leg injuries in a car accident 18 months ago.

“Who knows where we will see Tiger Woods play golf next? McIlroy said. “We don’t know what his schedule will be. We don’t know how his body is going to be.

“But to be able to see him still show off his talents in prime time, on TV without really any wear and tear on his body, I think I can see Tiger hit golf shots and still give people a glimpse of his genius, I think. that’s a very good use of his time.”

The players would be co-owners of the new league, McIlroy said.

The events would be held in one location, but McCarley said he may move in future years but should stay on Mondays so golfers can attend tour events with routine schedules.

“Monday night is when it all makes sense because that’s when it fits into guys’ schedules,” McCarley said. “It’s a combination of the overall media landscape but also how it’s going to work for a player’s schedule.”

Asked about the prize money involved, McCarley said: “I see the terms boat loading and truck loading being used a lot lately. Maybe it will be in between.”