Erica R. Cramer
France traditions
Comments Off on Canada is a caring society

Canada is a caring society 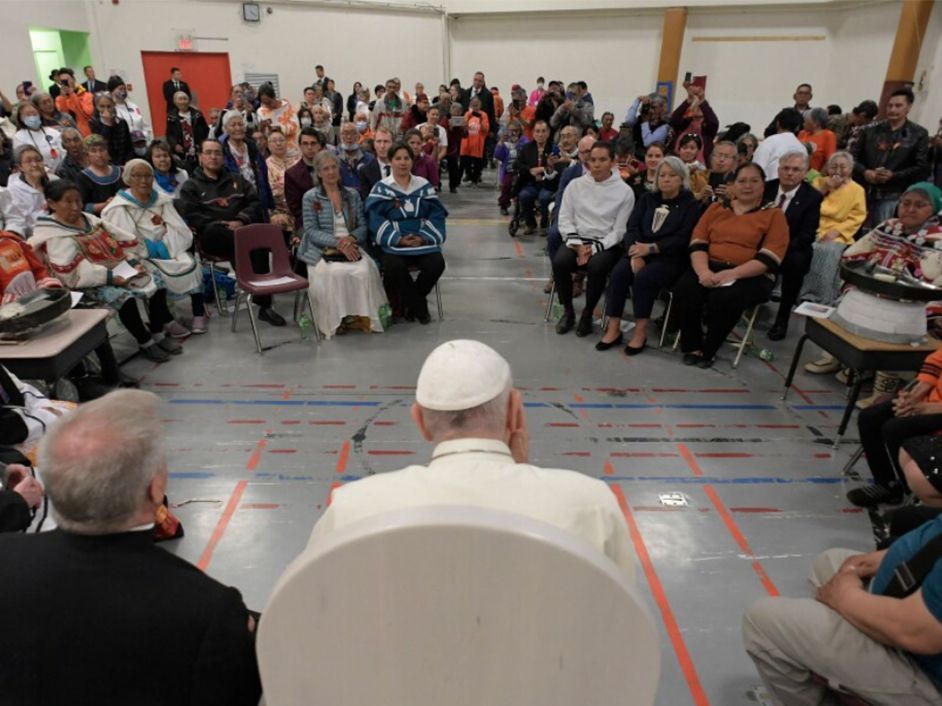 As I followed Pope Francis’ penitential pilgrimage across Canada, I began to reflect on my understanding of who we are as a nation. Prior to our 150th anniversary, I had never given much thought to the formation of our country. I simply accepted what I was taught: the French and the British were the two founding nations of Canada. This teaching, I soon discovered, is incorrect. He completely ignored the indigenous people who lived here long before a single European even dreamed of conquering new lands. Indeed, the Aboriginal peoples, the French and the British are the founding peoples of Canada. This recognition raises the question, who are we? Since space in this column is limited, I would like to answer this question by examining a value that influenced the thinking of our original founding peoples. The value chosen for each is not to suggest that the other founding peoples did not have similar values, but rather to simply identify a fundamental principle that shaped their approach.

Who we are as a nation begins with our Indigenous peoples’ understanding of the natural world. If they had a say in the drafting of the British North America Act, our country would probably be based on four principles, not just three. Stewardship would be valued alongside peace, order and good government. Perhaps they would have helped the European descendants to understand that their own Christian tradition, which claims that humanity is the custodian of creation, has little to do with power over the earth and more with the care of the gift than the Creator made us. Unfortunately, they weren’t at the table. But their voice has never been silenced. Through their stories, prayers, rituals and practices, they reminded us that the land we inhabit is a gift that sustains our life. As our current Prime Minister, Justin Trudeau, acknowledged in 2015 at a World Climate Summit, “Indigenous peoples have known for thousands of years how to care for our planet. The rest of us have a lot to learn and no time to waste. As Pope Francis asked in Edmonton, “What do we, in turn, want to bequeath to those who come after us? A devastated creation or a house that continues to be welcoming?

When considering what the French have contributed to the development of our nation, it would be remiss to overlook the contribution of Jérôme le Royer de la Dauversière. Although he never set foot in New France or on the island of Montreal, his evangelical vision of care, based on compassion and respect for the dignity of the person, was concretized by the congregation nun he founded: The Religious Hospitallers of Saint-Joseph. His vision did not stop with this only hospital opened in 1645 on the island of Montreal. His model of care would eventually spawn hospitals and health care systems across Canada and eventually in other countries. Her vision of compassion and respect for the dignity of the person may not have been adopted as one of our three founding principles, but she continues to inspire the hospitals established by the Congregation of the Sisters of Jerome. For example, the mission statement of our local Hotel Dieu Hospital reads in part: “The mission of Hotel Dieu Hospital Kingston, rooted in the gospel of Jesus Christ, is to make visible the compassionate and healing presence of God for all people. We share this mission by being a caring and just community.

We cannot ignore the British influence in Canada. Yes, there were misdeeds and injustices that accompanied British rule of the colonies that became Canada, but the system and model of government is a blessing. A blessing because the British parliamentary tradition we have inherited seeks a true balance between the legitimate demands of government and the rights of those who are subject to it. As a nation we have inherited a strong sense of the rights and duties of the individual, we value freedom of expression, political affiliation, the rule of law and the belief that all citizens are equal before the law. These values ​​that we have received have much in common with Catholic social teaching. As Pope Benedict XVI said: “Although your parliamentary tradition is formulated differently, we both share the primary concern to safeguard the unique dignity of each human person, created in the image and likeness of God, and in the emphasis on the duty of civil authority to promote the common good. (Westminster Speech, 2010)

Our nation building did not end with an agreement to unite the provinces into one country. A country is never a done deal. It requires continuous doing and redoing, both materially and spiritually. Each wave of immigrants brought with it its own traditions, making Canada a unique nation. They came to a country that valued peace, order and good government. A place where the common good is fostered by the gifts our three founding peoples have given us: stewardship, compassion and respect for the dignity of every human person. These core values ​​encourage us to care for our land and our people with compassion. When we do that, we are surely, as Time magazine reported in 2012: “One of the most comfortable and caring companies on the planet.

Bill Gervais is a spiritual director and retreat leader who helps others create space to connect faith and daily life.