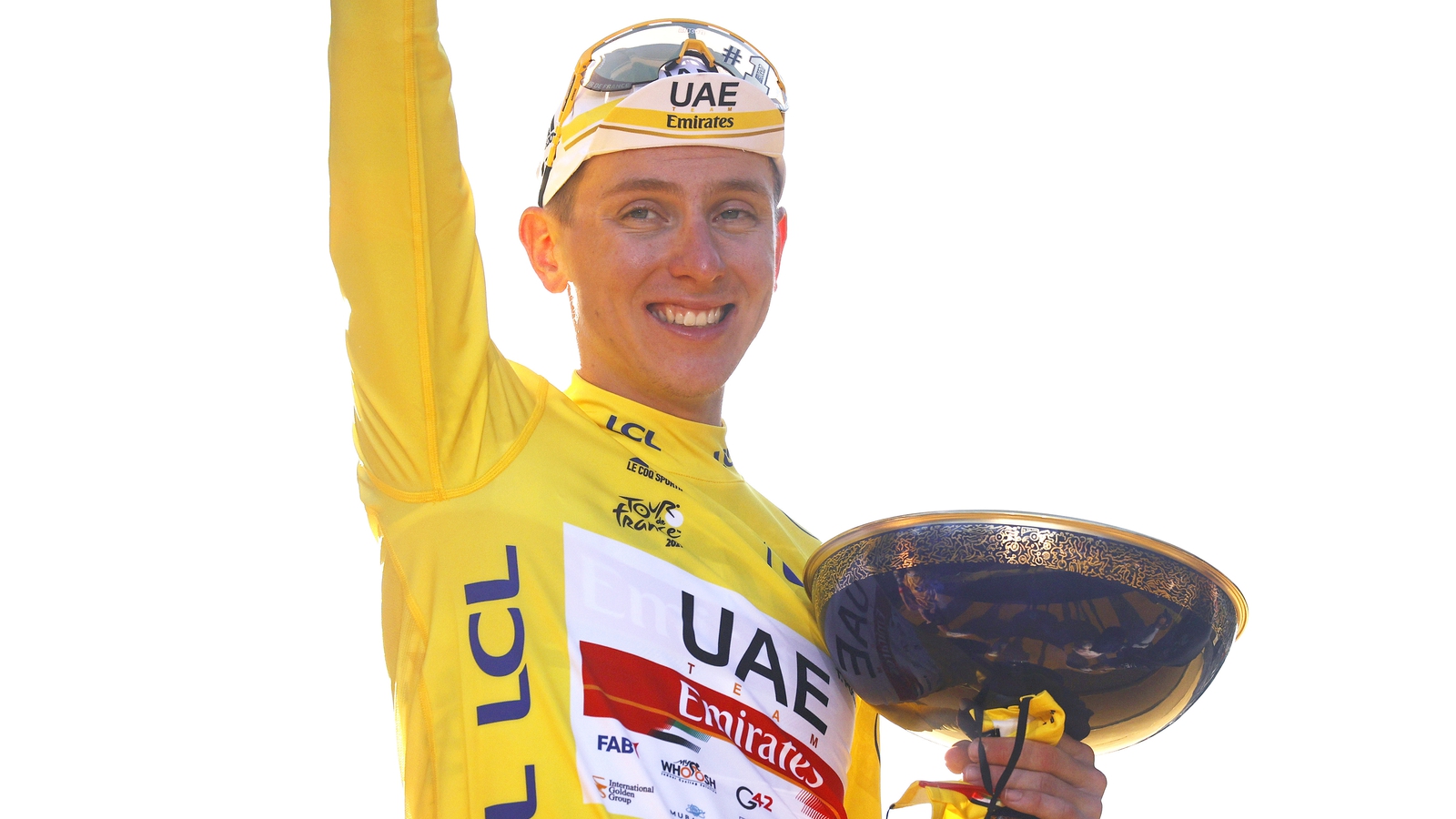 Tadej Pogacar will be the man to beat as he targets his third straight Tour de France title when the race begins on Friday, with the 23-year-old Slovenian looking to become one of the greatest riders of all time.

Nicknamed the “Baby Cannibal” for its similarities to former five-time winner Eddy “The Cannibal” Merckx, Pogacar has already won stage races at the Tour of the United Arab Emirates, Tirreno-Adriatico and Tour of Slovenia this season as well as that of the Strade Bianche. classic of the day.

Only the armada of the Jumbo-Visma team seems capable of shaking Pogacar’s armor. The Dutch team has two leaders – Slovenian Primoz Roglic and last year’s runner-up Jonas Vingaard of Denmark – in a squad that also features the formidable Wout van Aert.

They will try to control the race and isolate Pogacar, who has already shown that he fears no one on any ground. He will have to show that fearlessness again in the early days when the winds of Denmark and the cobbles of northern France could prove treacherous.

He could even gain time on his main rivals on these stages before the race reaches the mountains, where he was almost unbeatable last year.

“It will certainly be an exciting battle between him and the Jumbo Visma team,” said Tour de France director Christian Prudhomme.

The Tour returns to La Planche des Belles Filles, where Pogacar snatched the overall lead from Roglic in dramatic fashion in a time trial on the penultimate day of the 2020 race, while the grueling Col du Granon and L’Alpe d’Huez and its famous 21 hairpins are also waiting for you.

The two time trials, the inaugural 13.2 km effort in Copenhagen and the final 40.7 km test in Rocamadour before the final day’s procession to Paris, should not disturb Pogacar either.

Ineos-Grenadiers, who won seven of the eight Tour titles from 2012 before Pogacar took over, will have chances with Adam Yates, Dani Martinez and Geraint Thomas in the squad, but none of them individually is at the height of the formidable Slovenian all-rounder. .

France, meanwhile, is still awaiting its first Tour de France winner since Bernard Hinault in 1985, and there is no indication that he will have a successor this year.

Thibaut Pinot, who came excruciatingly close in 2019 before retiring injured last week, is back to a decent level of performance but is not expected to be a serious contender.

The Groupama-FDJ rider will seek stage victories and perhaps the polka dot jersey in the mountain classification in a probable duel with his French compatriot Romain Bardet, a surprise participant after his withdrawal from the Giro d’Italia.

Among the absentees, however, will be the Irishman Sam Bennettwinner of the 2020 Tour de France green jersey as the Carrick-on-Suir sprint specialist failed to make the eight-man Bora-Hansgrohe squad, while Ryan Mullen was also passed over for a spot on the team.

World champion Julian Alaphilippe was not chosen by his Quick Step Alpha Vinyl team as he has only just returned to racing after a freak accident in April.

Mark Cavendish is also absent from the Belgian team’s roster, meaning the British rider will miss a chance to break Merckx’s record of 34 Tour stage wins, having equaled that record in the Last year.

The race will start under another cloud of doping suspicions after police raided the homes of riders and team Bahrain Victorious staff on Monday.

French prosecutors have opened a preliminary investigation into doping allegations against Bahrain Victorious after police raided the team’s hotel at the end of last year’s race after they had won three stages.

At the time, the Marseille public prosecutor’s office indicated that the investigation related to “the acquisition, transport, possession, import of a prohibited substance or a prohibited method for the use of an athlete without medical justification”.