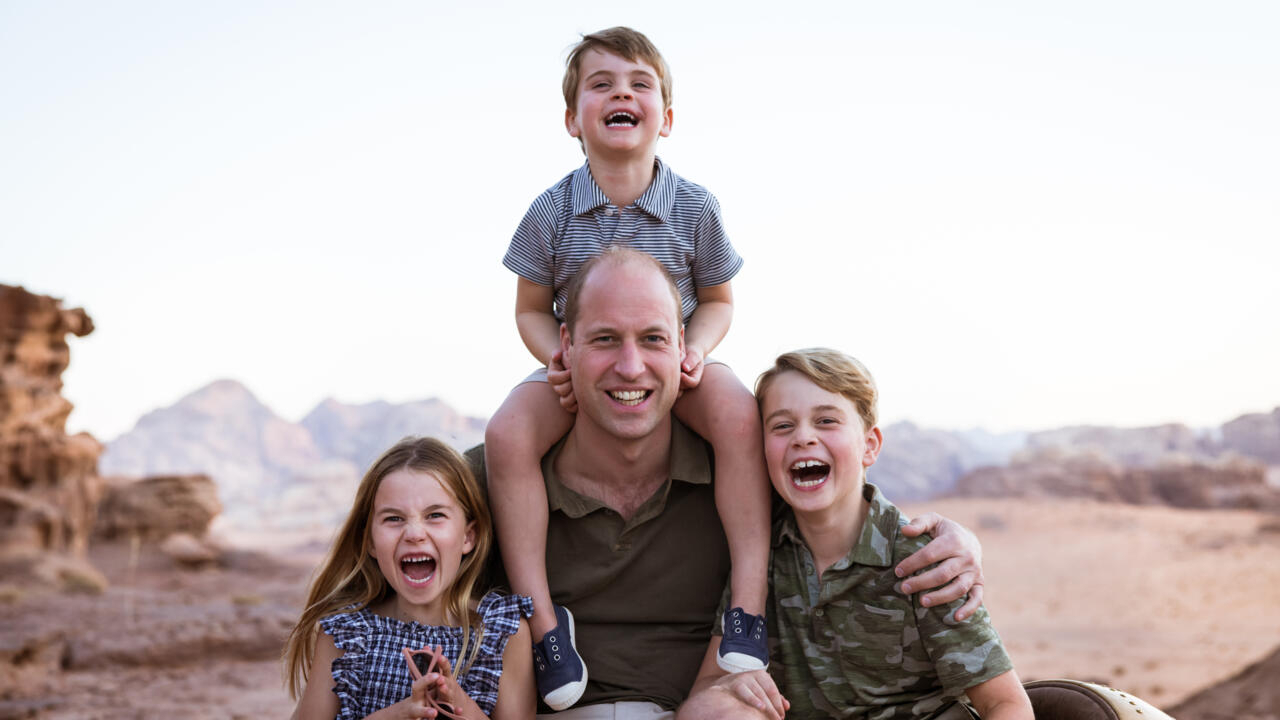 London (AFP) – Prince William’s 40th birthday this week marks an important milestone for the future king, who is quickly stamping his authority on the British royal family as he charts a course between tradition and modernity.

William’s wife Catherine celebrated her historic birthday in January and only Queen Elizabeth II is held in higher public regard than the close-knit couple, who are often held up as role models for the monarchy’s future .

According to YouGov pollsters, William, whose birthday is Tuesday, is the most popular royal behind the Queen, with an approval rating of 66%, followed by Kate at 60%.

“This is a very important step for him because, together with his father, Prince Charles, he is mobilizing to support the queen, and also to continue to forge an identity as a future king,” the commentator told AFP. regal Richard Fitzwilliams.

William’s popularity is such that many even want him to surpass his father and become king when his grandmother dies.

Since the 96-year-old sovereign began to step down due to ill health and old age last year, second in line to the throne, William, has been an increasingly influential figure.

The Duke of Cambridge, as he is officially known, accompanied his father when the Queen missed the official opening of Parliament in May and also weighed in on important family decisions.

He was reportedly a key driver in blocking the attendance of Prince Andrew, his sex-scandal uncle, from attending the traditional Order of the Garter ceremony this month.

“They (William and Kate) are the future of the monarchy, this was underlined during the balcony appearance at the end of the Jubilee celebrations” to mark the Queen’s record 70-year reign, Fitzwilliams said.

William’s time has been dedicated to family since stepping down from his role as a helicopter ambulance pilot in 2017.

Significantly, he reportedly plans to leave Kensington Palace in London and move into a four-bedroom cottage, described as modest, on the grounds of the Queen’s Windsor Castle home to the west from London, where she spends most of her time.

The move will allow her to be closer to the Queen and strengthen her role in the family sanctuary, commentators have said.

As he becomes more committed to his royal duties, he is also determined to provide a normal life for his three children – Prince George, eight, Princess Charlotte, seven, and Prince Louis, four.

This is partly due to his own childhood, which was marred by the trauma of his parents’ very public separation and divorce, and the death of his mother Diana in a car accident in 1997 when he was only 15 years old.

His mother’s example is evident in his more modern outlook, which saw him break with the traditions of royal fathers and get his hands dirty changing nappies and helping the two eldest with homework.

The tall blond and partially bald prince is also keen to carry on his mother’s legacy of helping the most vulnerable members of society.

He was spotted in London earlier this month selling The Big Issue, Britain’s homeless magazine, and has spoken out frequently on other issues such as the environment and mental health.

William was ‘molded’ by the ‘traditional’ Queen during Sunday lunches with her in Windsor while studying at nearby elite Eton College, Marc Roche, author of several books on the subject, told AFP. monarchy.

But “among William’s strengths, there is…perhaps due to the influence of his mother, a great sensitivity to diversity and the environment,” he added.

The prince has revealed little about what goes on behind palace walls but defended the family after his brother Harry and his wife Meghan gave a shock interview on US television, in which they accused the members of be racist.

He has vehemently denied the allegations and clearly relations with Harry are strained.

But William recognizes the need to modernize the centuries-old institution to enable it to survive after Elizabeth II and fend off stronger forces of republicanism among younger generations.

That need was underscored during a recent Caribbean tour in March, which was criticized for being a throwback to colonial times.

“One of the things that William is particularly concerned about is the image of the monarchy and how it evolves,” Fitzwilliams said.