Erica R. Cramer
France hotels
Comments Off on Moroccans in Europe begin to return home via Spain for holidays

Moroccans in Europe begin to return home via Spain for holidays 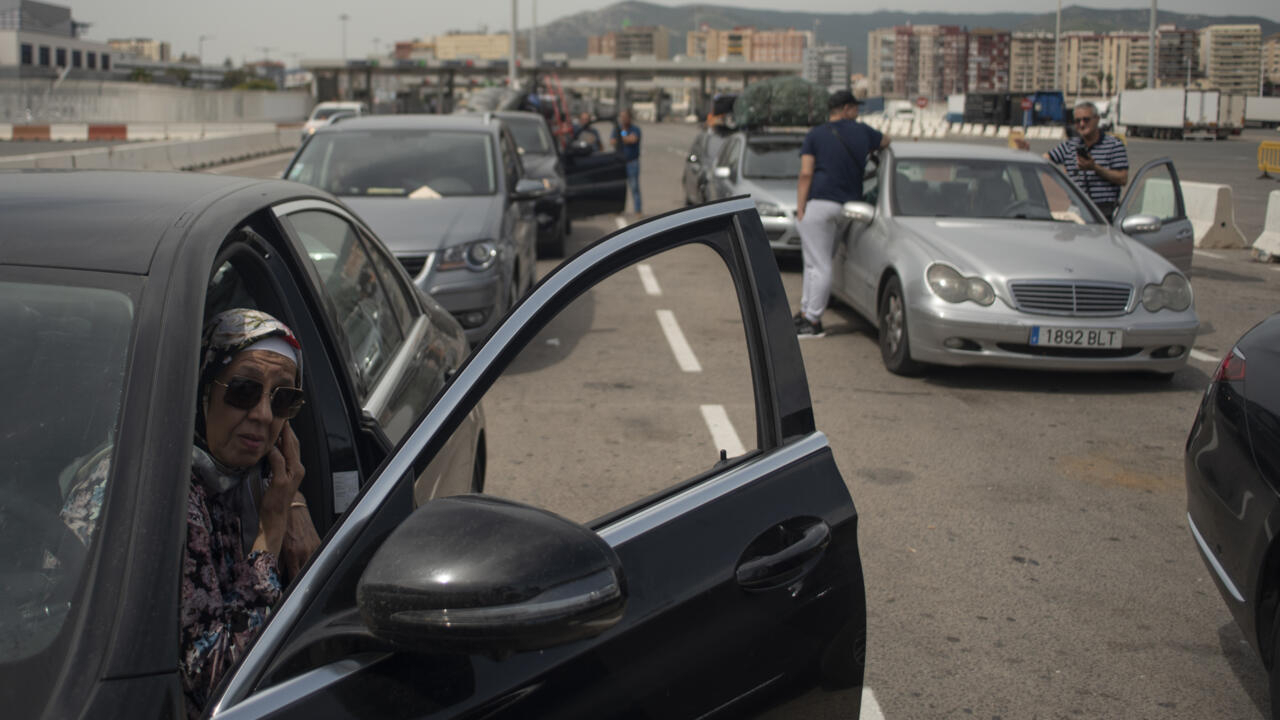 Algeciras (Spain) (AFP) – “Finally!” Reda, 20, said as he arrived at the port of Algeciras in southern Spain on Wednesday, the first day of an operation to facilitate the return of Moroccans living in Europe for their vacations. of summer.

Millions of Moroccans like him have waited three years to be able to travel to a port in Spain again and then take a ferry to Morocco to see their loved ones during the summer holidays.

The short 14 kilometer (nine mile) route through the Strait of Gibraltar was originally closed in March 2020 when Morocco severed transport links with Europe due to the Covid-19 pandemic.

But while Rabat reopened its maritime borders last summer to other European nations, connections between Morocco and Spain remained closed until April due to a diplomatic dispute between the two nations.

“I couldn’t sleep last night, I was too excited,” said Reda, who drove 4,500 kilometers with his girlfriend to Algeciras from Helsinki, where he is studying, to catch a ferry to visit his family in Agadir, in southwestern Morocco.

Some 3.3 million people and more than 760,000 vehicles made the crossing in 2019 during the latest “Operation Crossing the Strait”, which this year runs from June 15 to September 15.

The Spanish government has called seasonal migration “one of the greatest flows of people across continents” in such a short time.

Driving home for summer vacation “is almost like a tradition for us,” Reda said, wearing flip-flops and a bucket hat and surrounded by cars loaded with bags.

Neighboring families were looking for shady places to eat within sight of the towering red ferries.

The greatest flow of passengers is expected at the end of the month and the first weekend of July after schools close across Europe.

The resumption of maritime traffic comes after Spain in March supported Morocco’s autonomy plan for Western Sahara – a disputed territory mainly controlled by Rabat, but claimed by the Polisario Front – ending a diplomatic crisis of a year.

While ferries serve Morocco from Italy and France, these routes are longer and more expensive.

“It’s shameful…with these squabbles between politicians, it’s the ordinary people who pay the bill,” said Abdel Ghani, a 67-year-old Spanish-Moroccan retiree who came to Algeciras to buy a ferry ticket.

Authorities in Spain and Morocco expect the number of people making the crossing this year to exceed that of 2019 due to pent-up demand.

Several thousand police officers, social workers and volunteers have been mobilized in the two countries to assist travelers on the roads and in the ports and to ensure the fluidity of traffic.

Passenger shortages in recent years have resulted in lost revenue for shipping companies, ports, gas stations and hotels along the route.

Direct and indirect losses amounted to nearly 500 million euros ($520 million) over the past two years, according to the Association of Service Companies of the Bay of Algeciras (Aeseba), which represents 90 local businesses.

The association is “satisfied” with Spain’s diplomatic turnaround “and that the political situation is resolved”, he added.

The port authority of Algeciras, which provides 75% of maritime traffic between Spain and Morocco, estimates that it has lost 40 million euros.

Reda said his parents “went crazy” last summer when Morocco resumed sea links with other nations but not with Spain.

“When I was a child, I traveled every summer by car” to Morocco, he says while waiting for his ferry in Algeciras.