New Korean, Greek, Japanese and French restaurants to open in Dubai in 2022 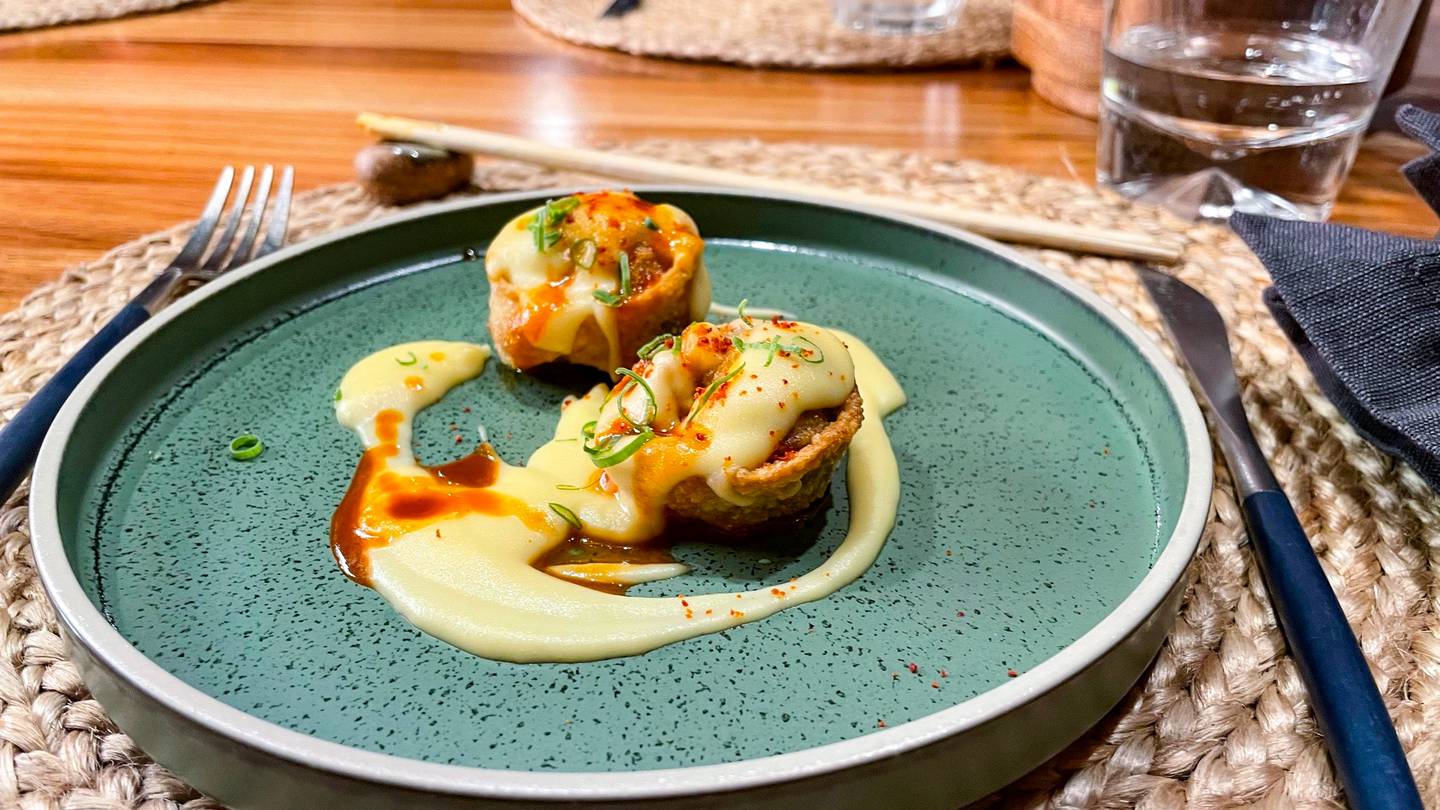 Belcanto at the Dubai Opera. 53 Dubai dinner show concept. Jun’s by award-winning Chinese chef Kelvin Cheung. These are just the latest three of many restaurants to open in Dubai in 2022 alone.

The end of this year will also see the much anticipated and much delayed launch of Atlantis The Royal, which will bring international names such as Heston Blumenthal, Jose Andres, Ariana Bundy and Mich Turner to Dubai.

In the meantime, here are four restaurants that are landing in Dubai to mark your culinary diaries.

The brainchild of Lyon-based chef Aadel Ouaoua, RSVP will bring modern French dishes to Dubai’s trendy Boxpark resort next month. Ouaoua is known for his passion for Japanese techniques, which he marries with Mediterranean ingredients and a French touch.

For example, at a four-hand dinner in Dubai last month, the chef served sea bass carpaccio with Stracciatella basil oil and raspberry. It will be on the RSVP menu, although other dishes and details are yet to be revealed.

Translated as “the attic” from the Greek, Attiko will be located on the sprawling rooftop of W Dubai – Mina Seyahi at Dubai Marina. The restaurant already has an outpost at METT Hotel & Beach Resort Bodrum, with the same team bringing it to Dubai in September in conjunction with Sunset Hospitality (the group behind SushiSamba and L’Amo Bistro del Mare).

Reif Othman is best known for his Japanese restaurant Kushiyaki, which has outposts at Dar Wasl Mall, Dubai’s Time Out Market, and even Cairo, Egypt. The prolific chef is now trying his hand at Korean barbecue with Hoe Lee Kow, which will open at the arty Indigo Hotel Downtown in September.

The National tasted on the menu last month, and we can attest that it is masterful. The chef uses gochujang (Korean red chili paste) to spice up a dish of thinly sliced ​​Kagoshima Wagyu with Oscietra caviar rice; and in what he calls KFO, or Korean fried octopus.

Another must-try is the mandu (Korean dumplings) served with Wagyu and the sizzling mozzarella and Monterey jack cheeses. The kimchi fried rice served with Wagyu ribs and a Japanese-style onsen egg is another highlight, as is the nori-wrapped tuna tartare with kimchi-marinated melon.

Another versatile Dubai chef, Izu Ani (of Gaia, Fika and La Maison Ani fame) recently took over restaurant operations at a hotel. The Hyatt Centric Jumeirah, which opened this year on La Mer Beach, serves an Ani-approved a la carte breakfast (think fried eggs and foie gras with Perigueux sauce) as well as offering guests and visitors two dining options: Eunoia by Carine, which opened last month, and Kai Enzo by Izu, which will open later this year.

Kai Enzo will bring Ani away from his favorite Franco-Mediterranean repertoire for a fusion of Japanese and Mediterranean dishes.

Mayabay at Jumeirah Al Naseem’s Turtle Lagoon is an import from Monaco.