Erica R. Cramer
France traditions
Comments Off on The French love the cinema – and their tickets finance new films

The French love the cinema – and their tickets finance new films 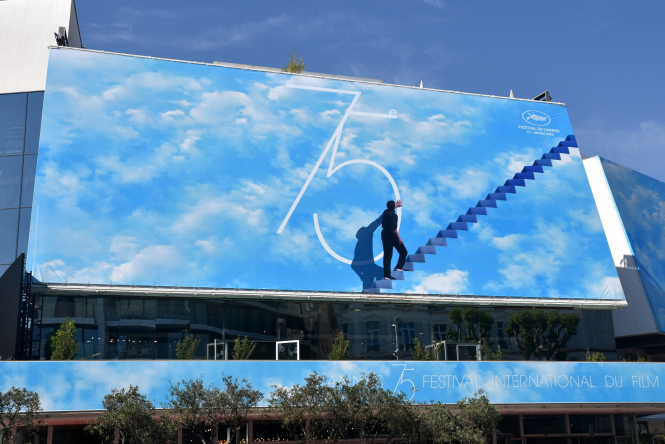 It was the Italian film writer and critic Ricciotto Canudo who introduced the concept of seventh Art At the beginning of the 20th Century.

Canudo, who lived mainly in France, referred to film and cinema and secured their place in the list of arts, alongside architecture, sculpture, painting, music, poetry and theatre/dance.

A Frenchman shot his first film in Leeds, UK

Cinema is an industry pioneered in France since 1888 when Louis Aimé Augustin Le Prince made a two-second film titled Roundhay Garden Scene.

The Frenchman’s work, shot in Leeds in the UK, is generally considered the first film.

It was the Lumière brothers, on December 28, 1895, who first screened a program of several films at the Salon Indien du Grand Café in Paris, which the public paid to see.

The National Center for Cinema and the Moving Image (CNC) notes this as the official beginning of “cinema”.

The CNC was created on October 25, 1946 and its first mission was to restore cinemas damaged during the war and to support the development of cinematographic works.

This is what it continues to do today, in addition to promoting other audiovisual, video and multimedia arts, including video games.

The French go to the cinema more than other Europeans

Sarah Drouhaud, director of communication at the CNC, said: “We can be pleased that despite the current crisis, the cinema remains the favorite cultural outing of the French. Remember that before the start of the crisis, annual cinema admissions in France amounted to more than 213 million.

“In 2021, we experienced a drop due to the closure of cinemas during the first months of the year, but attendance, with 96 million admissions, is still the highest in Europe.”

One of the reasons the industry has remained so vibrant is the level of support it enjoys, according to Lisa Nesselson, president of the Academy of Lights, made up of members of the international press and created in 1995 to celebrate cinema. French.

Ms Nesselson explained that 25% of all cinemas in Europe are in France and that the government provided more than 300 million euros during the lockdown to ensure none went bankrupt.

“The French funding system is a wonderful virtuous circle,” she said.

“Every time someone decides to go to the cinema, whether it’s an American Hollywood Marvel extravaganza or two people chatting in a room in Stockholm, almost 11% of their ticket price – about a just under €1 – goes into a fund to make more French films.

“So if a Hollywood movie, like Spider-Man, is a huge hit, that’s great. It means so much more money to make French movies in the years to come.

The TSA, or movie theater admissions tax, to which Ms Nesselson refers was introduced in 1948 to provide automatic support for the production and exhibition of films.

It is added to other resources to constitute a fund collected by the CNC then distributed to the cinematographic and audiovisual industry.

“I think the French system is incredible. He is self-sufficient. This allows everyone, unless they live in a very small village in a valley, to have access to some sort of place where films are shown.

“There are a lot of festivals and programs for children as young as six months old because the French have stopped thinking ‘Well, where will the moviegoers of the future come from?'” Ms Nesselson said.

Indeed, the cinema is integrated into the life of a child from the beginning, including during schooling.

Numerous government-backed partnerships with the CNC allow students to fully immerse themselves in the world of filmmaking during their studies, including workshops and opportunities at glamorous award ceremonies, such as the prestigious César Awards. – the national French cinema awards, which are held each February.

French films appreciated around the world

More than 120 years after it all started, it’s good news to see that French films are also enjoying international popularity.

In January, UniFrance announced that exports of French films had increased by 5.5% in 2021, generating 91.4 million euros, with Western Europe being the top market for the sixth consecutive year.

Mainly financed by the CNC, UniFrance is an association bringing together producers, directors, actors, screenwriters and agents, responsible for promoting French cinema abroad.

Its director of cinema, Gilles Renouard, declared: “France produces a lot of films and a great diversity of genres. He makes good comedies, amazing animated films, many dramas which are selected in festivals all over the world, but also thrillers, horror and documentaries.

“It’s a big asset when you come to foreign markets because the Russians and the Germans like comedies, the Japanese are fond of French romantic films, the Mexicans like animated films and horror films.

“All audiences in the world can find a way to love French cinema.”

Drama is the first export of French cinema

According to UniFrance, fiction recorded the highest number of admissions outside France last year (just over four million), mainly thanks to the Franco-British co-production The Father, with Anthony Hopkins, directed by the screenwriter and French director Florian Zeller and co-produced by a French producer.

For the first time in two years, comedy fell to number two.

“Comedy is usually the first genre of French cinema abroad, as it is in France,” said Mr. Renouard.

“2021 has been a very special year due to the pandemic and film distribution has been completely disrupted.

“Audiences may not have been in the mood to see comedies, as they are used to in a normal year.”

There are many ways to tap into the seventh art in France.

On the occasion of the centenary of the beginnings of cinema, the Minister of Culture has instructed the CNC to restore and index almost all of the original Lumière negatives in its catalog as part of the Lumière Project.

In 2004, it was included in UNESCO’s Memory of the World, a collection of documents, manuscripts, oral traditions, audiovisual materials and library and archive collections of universal value.

The CNC has a large and diversified archive, including works by Jean Vivié, Roland Lesaffre, Alexandre Alexeieff and Abel Gance.

The Lumière Museum in Lyon also celebrates the pioneering brothers and has the Raymond Chirat Library, housing 41,000 film files and iconographic documents, including 17,000 photographic files, as well as other archival documents.

Preserving the history of French cinema

Along the same lines, the Cinémathèque française was created in Paris in 1936 by Henri Langlois, considered a pioneer in film preservation.

More recently, the Fondation Jérôme-Seydoux-Pathé de Paris was created in 2006 and houses cinematographic equipment, photographs, printed documents and other objects dating from the creation of Pathé in 1896.

The French preserve seventh Art in more ways than one, while looking to the future.