Erica R. Cramer
France hotels
Comments Off on Reopening of the Jules Bistro restaurant after the Gastown SRO fire

Reopening of the Jules Bistro restaurant after the Gastown SRO fire 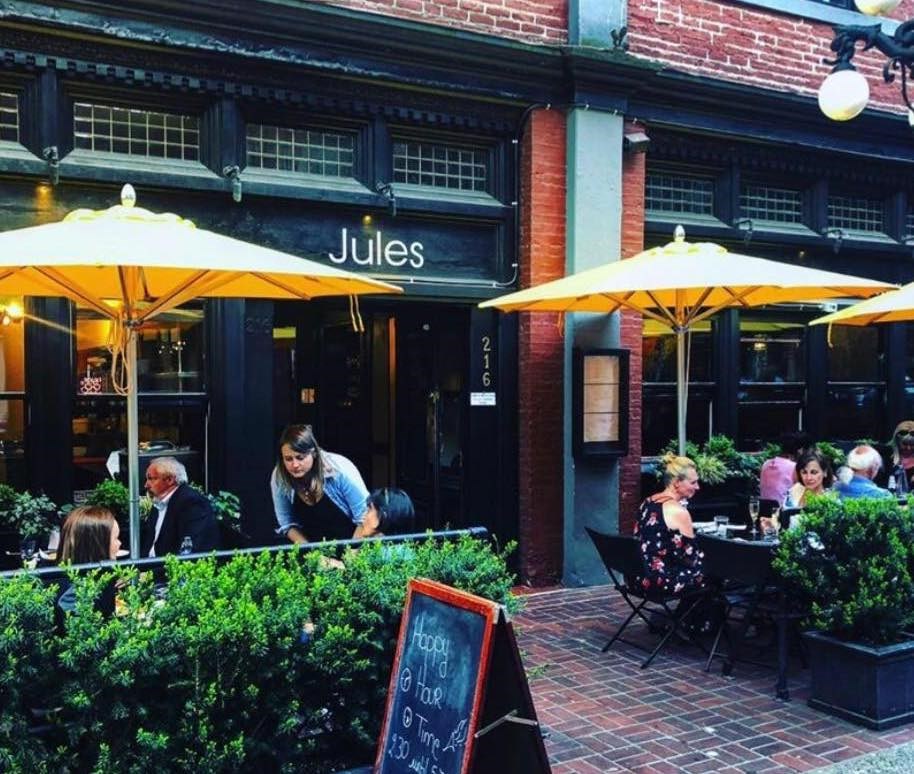 Dinners seated on the terrace or in front of the windows of Gastown’s Jules Bistro used to have a view of the historic Winters Hotel.

The cozy French restaurant, which has been open for 15 years, is located at 216 Abbott Street, directly across from where the Winters were. On April 11, a devastating fire rendered the 115-year-old building unsafe with retail and restaurants on the ground floor and an SRO on the upper levels and the Winters was ordered to be demolished.

The demolition took place over several days, delayed by the harrowing discovery of two bodies inside the rubble.

The neighborhood and the city felt the impact of the loss. Businesses in the area have rallied around displaced SRO tenants and their neighbors who have lost everything inside their spaces. The Winters were home to businesses like Bruce Eyewear Inc, Gowon Cafe, Lemongrass House, Nika Design, and the Gastown location of The Flying Pig restaurant. All are gone now.

Jules Bistro has had to keep its doors closed since the fire due to road closures and other issues following the fire and demolition, but the restaurant finally has the green light to welcome customers back. Jules will reopen on May 3 and is open from 11:30 a.m. to 9:30 p.m. Tuesday through Saturday.

“Our team is currently cleaning and preparing the restaurant for you. We missed you and hope to see you next week!” shares Jules Bistro on Instagram.