Customs officers in Indy on track for record seizures 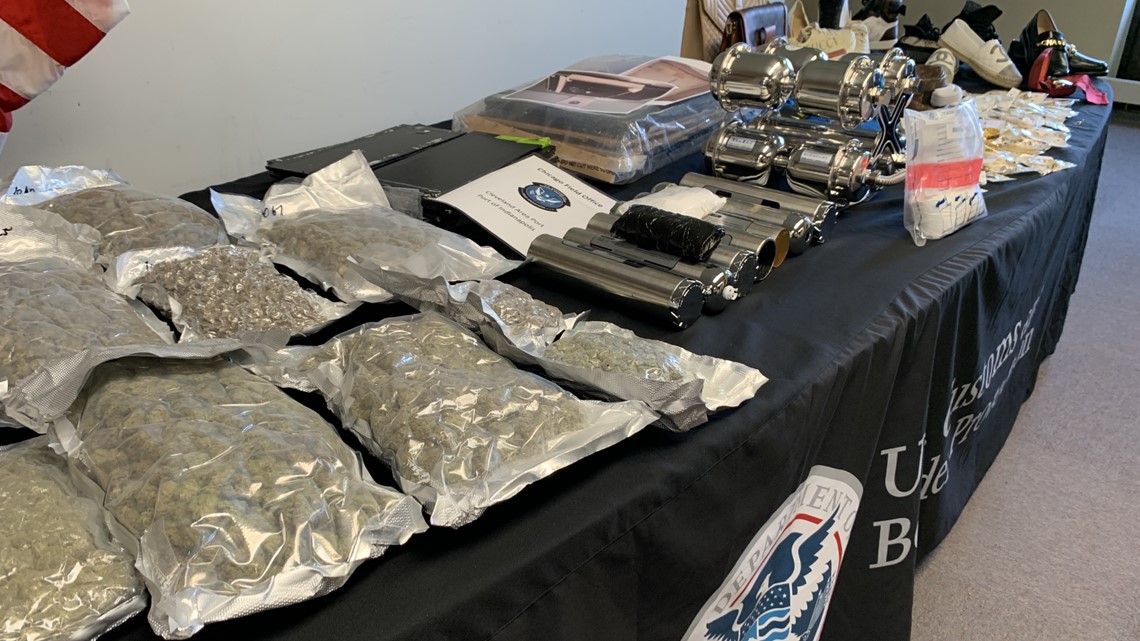 INDIANAPOLIS — When you think of United States Customs and Border Protection, you might think of activity along the country’s southern border. But 13 Investigates has learned that CPB agents are very busy here in Indianapolis — and they’re on track for a banner year.

CBP’s field office near Indianapolis International Airport is home to an aggressive operation to find and seize illegal items transported through the city’s FedEx complex. It is a major hub for international shipping with millions of packages handled each year.

As FedEx planes arrive and depart with international packages, CBP officers review shipping manifests for suspicious activity. Those that come to the attention of federal agents then receive additional scrutiny as CBP inspects hundreds of thousands of packages shipped through Indianapolis each year.

“We can actually open packages if we find any anomalies. Our officers have become very good at knowing what to look for,” said Indianapolis CBP Director Tim Hubbard.

Over the past six months, Hubbard and other CBP agents have seized nearly 1,500 illegal shipments passing through FedEx. Drug seizures doubled at the Indy hub from a year ago, with officers finding hundreds of pounds of marijuana, ketamine and illegal prescriptions hidden in international shipments.

He said most of the drugs are headed to Europe, and where they come from might surprise you.

“It’s Canada, it’s France, it’s Spain, some come from Slovakia. The majority are not from Mexico,” Hubbard said.

Finding the drugs is the interesting part. CBP officers recently found lots of illegal narcotics packaged in a water filtration system, inside a muffler, and even inside small elephant statues.

“They go to great lengths to try and hide narcotics,” Hubbard told 13News.

RELATED: Over $2.5M worth of meth, cocaine and heroin found in toolboxes bound for US

CBP officers have also seen a surge in counterfeit items being shipped through Indianapolis. This year alone, they have already seized 714 packages of fake branded merchandise with a street value of over $41 million.

“It’s Louis Vuitton, Channel, Christian Dior, Nike, Adidas. It’s high end,” Hubbard explained. “We just look at it and we’re like, ‘That’s wrong. The way the handbag is made – it’s not really leather – and the stitching, the quality of the workmanship, that’s what we know.

Earlier this year, CBP officers in Indianapolis also seized more than 1,200 counterfeit driver’s licenses for more than 20 states. They were heading to New York and Chicago from three separate shipments from Hong Kong.

The surge in seizures coincides with a surge in e-commerce and shipping since the start of the pandemic. Federal agents say criminals see this as an opportunity.

“There’s just an abundance of packages coming into the United States, and they’re trying to use them against us to cover up something,” Hubbard said. “But we are watching. We are doing what we can to protect the United States.

The Indianapolis FedEx hub is one of 328 ports of entry in the United States patrolled by CBP field officers.