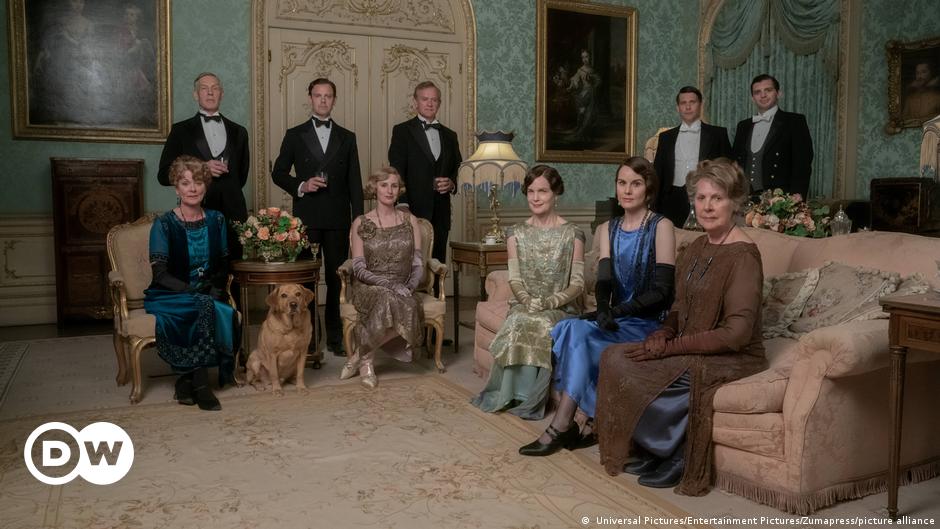 Even wealthy aristocratic families don’t always have it as easy as it seems.

Nicola Pagett and Donald Burton are full of energy

This is the case at Downton Abbey, the Crawley family’s country castle – and not just in the beautiful bedrooms and drawing rooms of lords and ladies, but also among the servants of the household. The inhabitants of the castle have lived and survived love, intrigue, war and heartbreak over the decades.

The “Downton Abbey” plot is linked to historical events such as the sinking of the Titanic in 1912, the outbreak of World War I in 1914, the Spanish flu epidemic and the battle for women’s suffrage.

The characters’ fates and fortunes aired between 2010 and 2015 on the British television series, which continues to be watched by millions. Currently, all seasons are streaming on the Netflix streaming service.

The Earl of Grantham Robert Crawley, with his daughter Mary

The first film adaptation of “Downton Abbey” was released in theaters in 2019: it grossed $194 million (182 million euros), making it more successful than Quentin Tarantino’s “Once Upon a Time in Hollywood” , Oscar winner, released the same year. .

Picking up at the end of the series’ sixth season, the film is set in 1927 and deals with the British royal couple’s visit to Downton Abbey. The screenplay was written by Julian Fellowes, who also wrote the entire series.

One movie was not enough

This huge box office success spurred Fellowes and the film crew on – the sequel moved relatively quickly. Filming began in 2021, but the start of the film has been postponed several times.

Now, however, nothing should stand in the way of its theatrical release: in Germany on April 28, in the UK on April 29 and in the US on May 20.

Universal Pictures promises a reunion with the entire cast, as well as some new faces. The plot takes place in the early 1930s.

In the new film, the family’s gravely ill matriarch, Violet Crawley (Maggie Smith), seems to have a mysterious past the family didn’t know about: a secret lover bequeaths the lady an estate in the south of France.

A film crew wants to shoot at Downton Abbey (Highclere Castle in real life), with the director and some of the actors who have arrived causing a lot of commotion. Among others, appears a person who obviously does not prepare anything good. This prompts the family to embark on a journey to the south of France, where a wedding is celebrated.

Even in the 1970s, the British television series “Upstairs, Downstairs” made a name for itself with its attention to detail.

In this series, as in “Downton Abbey”, the focus was on the lives of both nobility and servants, with the intention of depicting living conditions as realistically as possible. It was one of the most successful series of the 1970s on English, American American and German television.

Currently, the most watched English series on Netflix is ​​“Bridgerton”. It revolves around love, wealth, ballroom dancing, good manners, good matches and marriages. The cast, however, is unique as skin color plays no role.

Stories about English high society at the start of the 19th century are colorfully and opulently staged, winning many a heart despite the sweet kitsch. A third season is already in the works. This has been a huge catch for Netflix, with only the South Korean series “Squid Game” (2021) having more success.

And, for those who can’t get enough of it, the creator of “Downton Abbey”, Julian Fellowes, has hammered it out again: his series “The Gilded Age” has just started on HBO and, in Germany, on Sky Atlantic. It is set in wealthy New York around 1880, where the old-income aristocracy meets the families of the newly wealthy, providing the potential for conflict and entertainment.

This article was originally written in German.