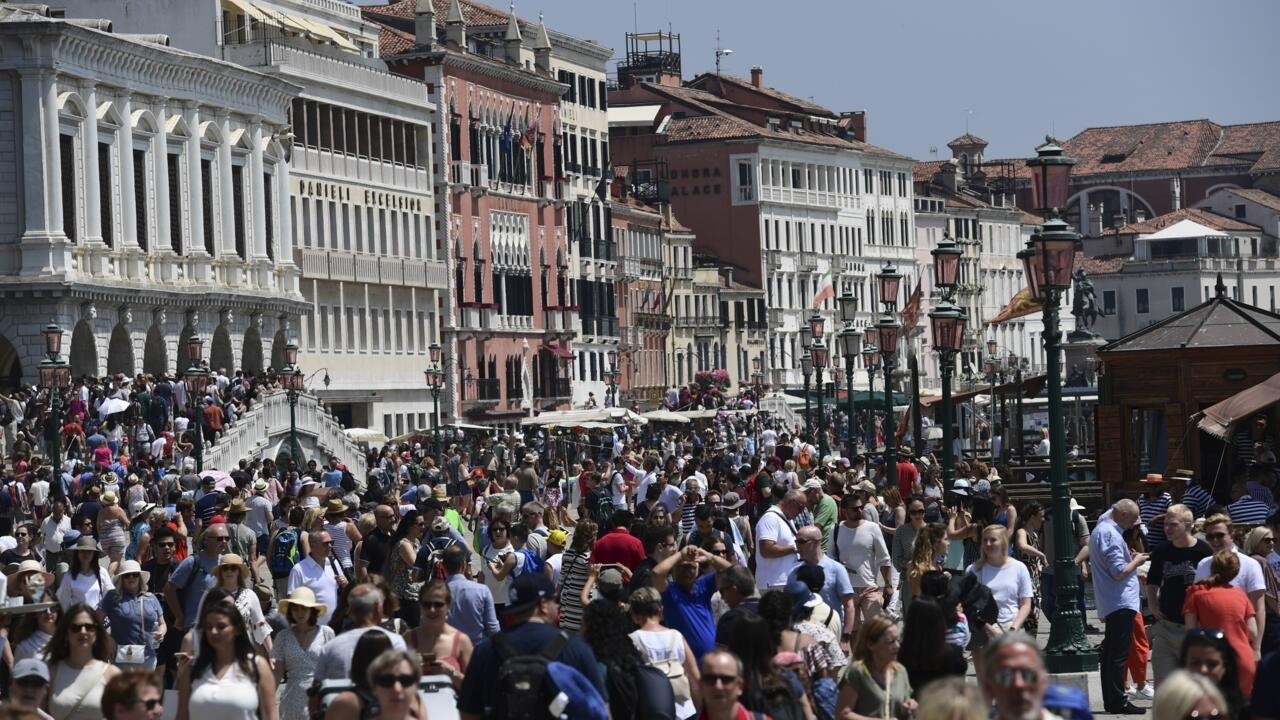 Venice (AFP) – Venice plans to test a reservation system for day trippers, an official said on Wednesday, in a bid to reduce overtourism as visitors flock to the Italian city after the pandemic.

The pay-per-visit system will not cap the number of tourists, but aims to entice some people to visit during the low season by charging them less.

“We are going to start with an experimental phase during which the reservation will not be compulsory, but optional” and will not cost anything, Venice’s deputy tourism adviser, Simone Venturini, told AFP.

Visitors who have just arrived for the day will be encouraged to register with incentives “such as discounts on museum admissions”, he said. The start date will be announced in the coming weeks.

The system, which has been in the works for years, will become mandatory in 2023 and will see day-trippers pay between three and ten euros (about $3 to $10), depending on the season.

Visitors who sleep in Venice, already subject to the so-called tourist tax, will be exempt.

Life in the hugely popular water city slowly returned to normal after the coronavirus pandemic, when the Grand Canal was emptied of gondolas as tourists disappeared.

The Easter weekend has drawn large numbers of visitors, with 100,000 sleeping through the night and some 40,000 more coming to spend a few hours marveling at St. Mark’s or sighing at the Bridge of Sighs, Venturini said.

The sheer numbers are causing long queues at vaporetto ferry stops or in front of museums, and overbookings at hotels. The crowds also make life difficult for the few locals who still live in the historic center.

Venice Mayor Luigi Brugnaro, determined to prevent the city from becoming little more than a seaside resort, said the reservation system was “the right way forward, for a more balanced management of tourism”.

“We will be the first in the world to achieve this difficult experience,” he said on Twitter.

Once the reservation has become compulsory, checks will be carried out at the bus and train stations, the two main access points to the city nicknamed the “Serenissima”.