Six sites to help you support Ukrainian refugees in France 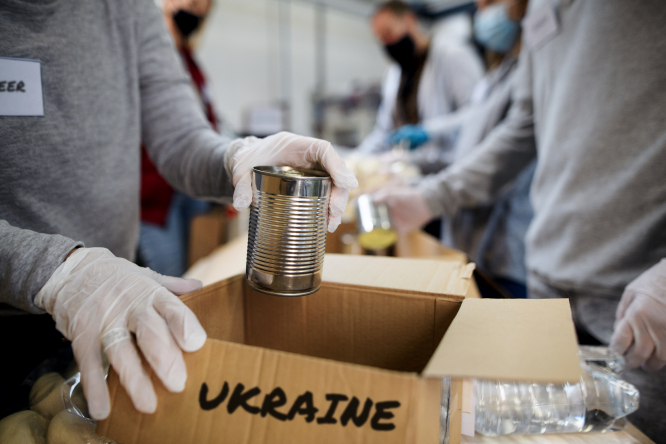 A website has been launched to support people in France who want to welcome Ukrainian refugees home, as well as listing other ways people can make a difference.

Sponsorship.refugees.info asks people who can offer accommodation to complete an online form to provide more details, which will be forwarded to their local prefecture.

The prefecture will then contact you directly, if necessary.

Read more: How can I help Ukraine from France: host, donate, support

Do you speak Russian or Ukrainian?

The website also offers suggestions for financial and other donations, as well as a registration form for people who speak Ukrainian or Russian and want to help with translation.

Charities and NGOs can use this government website to recruit volunteers to help them carry out their work for Ukraine.

Welcome refugees to your home

Another useful website for people wishing to host refugees is cohabitationssolidaires.fror you can also go through refugees.info, which provides information in English, French and other languages ​​on the process of welcoming and supporting a refugee in your home. Breton Association Utopia 56created to help migrants, is also involved in supporting Ukrainians.

Read more: We have space, time: Why we welcome Ukrainians to our French homes

Otherwise, many cities in France organize this type of offer individually – for example Lille, which announces 250 places, or Toulouse. In this case, you must contact your town hall directly.

Technical kit and applications for refugees

The international organization Techfugees, which helps displaced people with technological solutions, also has a French chapter. You can find out more about the organization via techfugees.com (In English).

What supplies to give

SupportUkraine.co is an international platform that outlines the supplies Ukraine currently needs most and lists how people can help.

According to the UN refugee agency, UNHCR, more than 3.7 million people have fled Ukraine since the Russian offensive began in February. Most entered neighboring countries of Poland, Moldova, Hungary, Romania and Slovakia. Marlène Schiappa, Minister Delegate for Citizenship, said that any Ukrainian in need of accommodation would receive it in France.

She said Ukrainians are not collectively granted refugee status, as many hope to return to their country.

Instead, they are offered “temporary and immediate status” with the same safeguards of protection as refugee status, she said.

It will also provide access to schooling and financial and medical support.

Meanwhile, a ‘pop-up’ visa processing center was set up in Arras in March for Ukrainian refugees trying to reach the UK.

The French Home Secretary previously slammed the UK government for its ‘lack of humanity’ in its behavior towards refugees after scores of people who had traveled to Calais on their way to the UK were told to go to Paris or Brussels to obtain a visa.

In a letter to his counterpart, Interior Minister Priti Patel, Gérald Darmanin called on the United Kingdom to set up real consular services in Calais. He also condemned the UK’s initial plan to welcome only Ukrainians with their families to the UK.

The UK has since expanded the family visa program and launched a “Houses for Ukraine” initiative.

Does France grant financial assistance to people who host Ukrainians as the United Kingdom does?