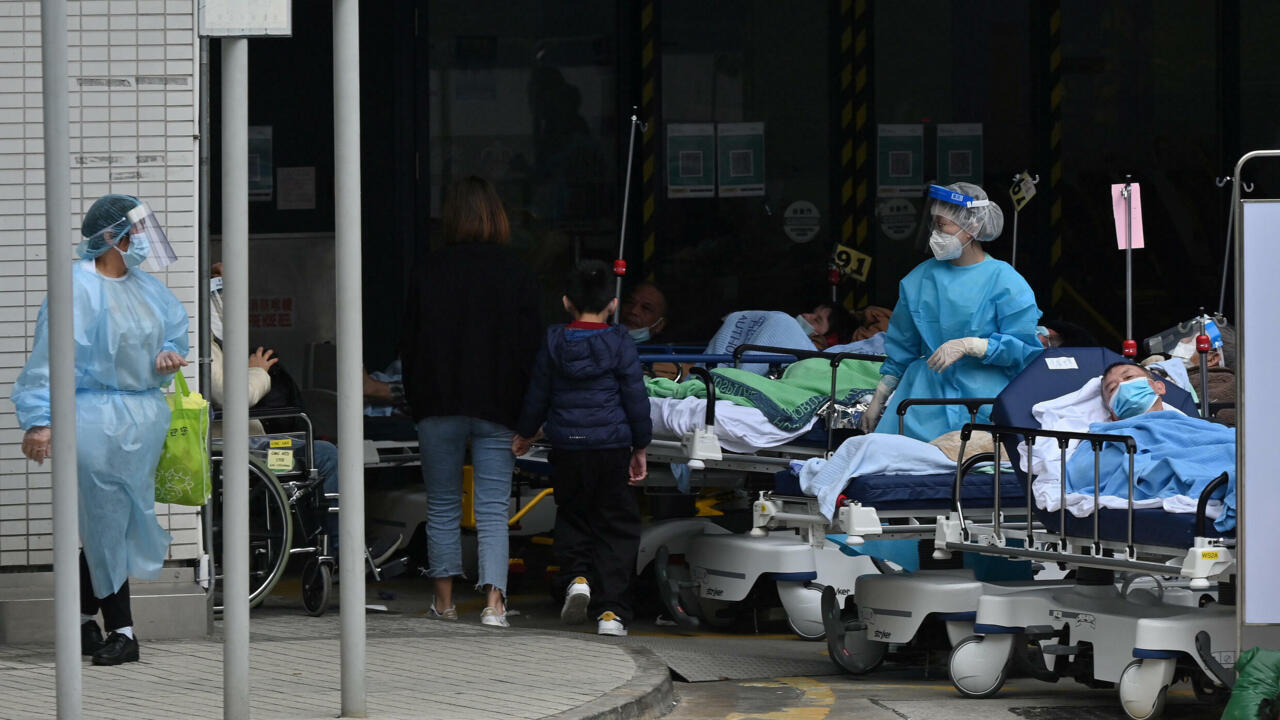 China’s crowded financial hub is in the throes of its worst coronavirus outbreak, recording thousands of confirmed cases a day as hospitals reach breaking point.

A strict zero-Covid policy like the one China uses has kept infections at bay for two years, but has left the city isolated internationally.

And when the highly transmissible variant of Omicron emerged, authorities were caught off guard with a dangerously under-vaccinated elderly population and few plans in place to deal with a mass outbreak.

The units will be located in Penny’s Bay, which already houses a quarantine camp, and Kai Tak, where the city’s old airport once stood.

Lam also announced that three hotels would be used to create an additional 20,000 beds.

“With the strong support of our homeland, we will definitely win the battle,” Lee wrote.

The sudden flurry of activity came after Chinese President Xi Jinping ordered Hong Kong to make fighting the epidemic its “primary mission” in comments that were seen as a kind of rebuke to the leaders of the city.

It is not yet clear when the new facilities will be ready and whether they will be sufficient given Hong Kong’s spiraling workload.

Under China’s leadership, Hong Kong is sticking to a policy of trying to isolate anyone who tests positive for coronavirus and has rejected calls to switch to a covid life strategy.

Over the past few days, authorities have announced around 6,000 confirmed cases per day with a similar number of “preliminary positives” that have yet to be certified.

About 22,000 cases have been recorded since the current outbreak hit last month, compared to just 12,000 in the previous two years.

Some hospitals have had to house patients on stretchers outside in harsh winter conditions while thousands are still waiting at home in the city’s notoriously small apartments with positive test results.

Ben Cowling, a coronavirus expert at the University of Hong Kong, said isolation facilities would be helpful but increasing hospital beds must be a priority.

“New cases requiring admission will continue to pile up faster than beds are freed up, and admission delays will get longer and longer,” Cowling wrote on Twitter.

“Building isolation facilities for mild/asymptomatic cases will be helpful for people who cannot self-isolate at home…but increasing hospital beds and intensive care beds must be a priority.”

Lam on Friday announced plans to test Hong Kong’s entire population of 7.5 million at some point in March, when modellers predict the daily caseload could reach 28,000.

She ruled out the kind of hard lockdown China has used to stamp out small outbreaks.