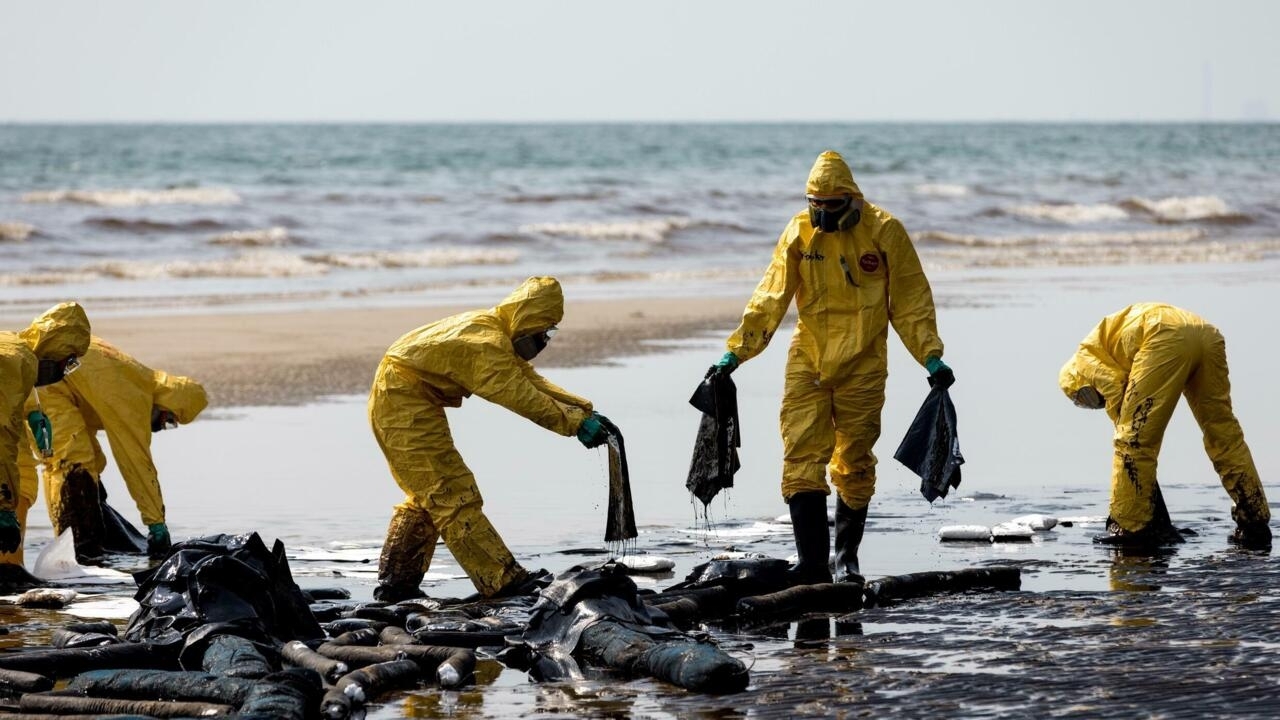 Rayong (Thailand) (AFP) – Oil washed up on a beach on Thailand’s east coast could be the “nail in the coffin” for hotels and restaurants hit by the pandemic, local hotel businesses said on Saturday.

Thailand’s navy and pollution experts are scrambling to clean up Tuesday night’s spill in the Gulf of Thailand, where at least 60 tonnes of crude leaked about 20 kilometers (12 miles) off the coast of Rayong province .

Crews wearing yellow plastic protective suits were seen on Mae Ram Phueng beach – about two and a half hours from Bangkok – on Saturday afternoon cleaning up the oil slick which started to wash ashore late the night before.

An aerial surveillance plane monitors the slick on the sea, and local media reported that satellite imagery on Friday showed a 47 square kilometer pollution patch.

Marine scientist Thon Thamrongnawasawat said the oil slick is expected to continue to wash ashore for the next few days due to stronger winds.

For struggling resorts and tourism-dependent businesses on and around Mae Ram Phueng Beach, the pollution and lack of swimmers could spell disaster for their livelihoods.

“There have been fewer guests due to Covid-19 and the sluggish economy and now the oil spill is like a nail in the coffin,” said Korn Thongpiijit, 45, who manages Barnsabhaisabai Resort, located just at the location where authorities have set up a clean-up operation.

“We have already reduced accommodation prices by 50% due to Covid-19 to survive.”

Bhorn, the owner of a nearby seafood restaurant, said most of her wild produce comes from local fishermen and customers are already calling to worry about the situation.

“Our income has fallen by more than 50% since the start of Covid-19,” she told AFP, adding that she is waiting to assess the impact.

A dozen ships are spraying dispersant chemicals and so far more than 80,000 liters have been sprayed over the affected area, the Royal Thai Navy said on Saturday.

Star Petroleum said divers found a failure in a flexible hose that was part of the underwater equipment around a single mooring point – a floating buoy used to offload oil from tankers.

A pipeline leak in the same area in 2013 caused a large slick that covered a beach near Ko Samet.

It is feared that a national park on Ko Samet could be affected by the spill, which could take more than a month to clean up.