Les belles évasions: the history and charm of Old Quebec 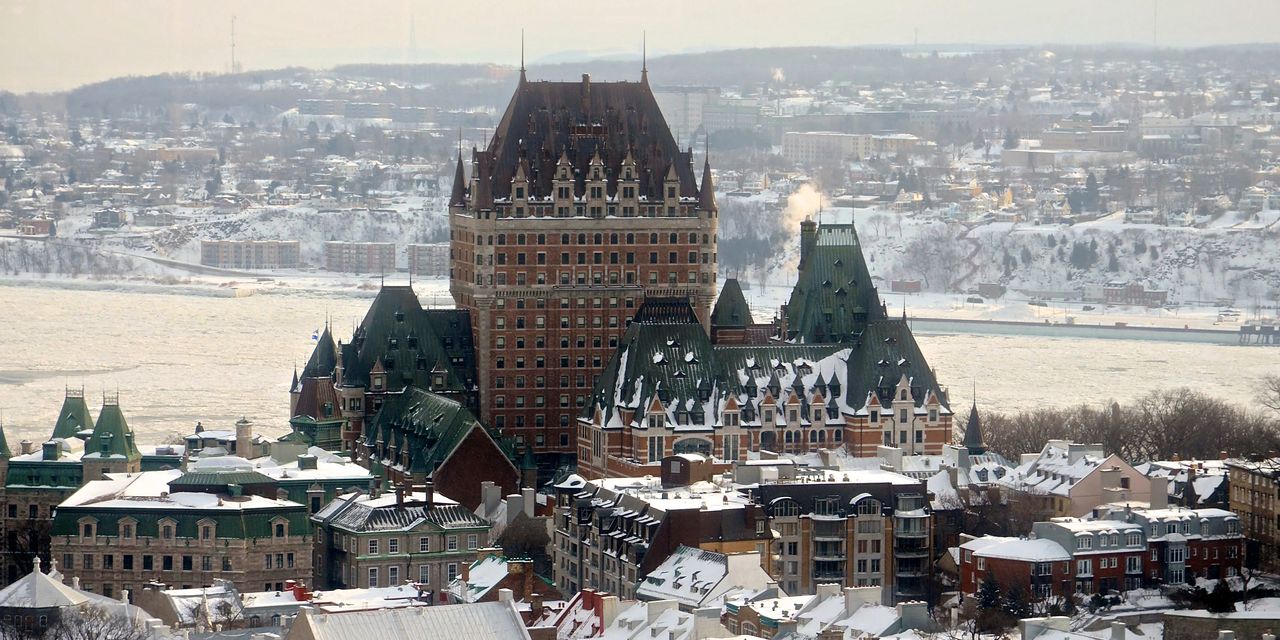 In Canada, some travel measures are in place. Check the government site for the latest restrictions.

The cobbled streets, the sounds of French floating in the air, and the breathtaking architecture of New France lend a European sensibility to Old Quebec, or Old Quebec, the historical and cultural epicenter of Quebec City. The most unspoiled walled city in northern Mexico, Old Quebec is straight out of a storybook and an idyllic destination to escape the present.

The French-speaking town dates back to 1608 and features a mosaic of bustling neighborhoods, each worth a visit, but the most alluring of the bunch is the Old Town. In many ways, time has stood still in the Historic District, which offers a glimpse into what life was like centuries ago.

A UNESCO World Heritage Site since 1985, Old Quebec is made up of Basse-Ville, or Basse-Ville, and Haute-Ville, or Haute-Ville. The two-level neighborhood can be crossed by several stairs, or the easiest option, an electric funicular.

Water weaves its way through and around Quebec City, the provincial capital of Quebec. The Saint Charles River empties into the Saint Lawrence River, a rugged North American trade route leading to the Atlantic Ocean. Lower Town’s Petit Champlain, a historic and prosperous shopping section, connects to the Old Port, an image-worthy port along the St. Lawrence. Surrounded by fortifications, the Upper Town is perched atop Cap Diamant, promising heavenly views over the river and beyond.

As beautiful in winter as it is in summer, this part of Quebec City is where the Old World meets the modern, and where visitors can discover a selection of luxury hotels alongside notable restaurants and boutiques.

One of Quebec City’s most fashionable boutique properties is Hotel Le Germain Quebec, located in a reimagined banking building in the Old Port of Lower Town. This hotel enjoys an ideal location allowing guests to be within walking distance of all that Old Quebec has to offer, including several historic sites, dozens of galleries and a cache of restaurants. Its address on rue Saint Pierre, a street little frequented by pedestrians and vehicles, is also quiet.

Auberge Saint-Antoine is a Relais & ChÃ¢teaux property embracing the shores of the St. Lawrence River. This family-run hotel-museum exhibits a collection of artefacts discovered during excavations, representing more than three centuries of Quebec City history. But perhaps the most idolized property is the Fairmont Le ChÃ¢teau Frontenac, a grande dame that looms over Old Quebec. The 600-plus-key hotel features sophisticated decor, a host of amenities ranging from several on-site restaurants and a cocktail bar to Moment Spa, and captivating river views. Guided tours of the property are also available.

Laid-back Quebec cuisine is ready and waiting for you at Buffet de l’Antiquaire, a 40-year-old establishment with a dinner-meet-tavern atmosphere and pleasant staff. Omelets, blood sausage, poutine, hot dogs and meat pies are among the home-cooked dishes on the full menu. For dessert, the ChÃ´meur Pudding is exceptional.

A board of cold meats accompanied by a food-wine pairing or a recommended artisanal cocktail is an excellent reason to stop at the Bar Artefact of the Auberge Saint-Antoine, not to mention the artefacts that decorate the bar and the spaces at the hotel. – beyond the hotel. Catering to vegans, vegetarians and omnivores in an elegantly designed space, Bistro L’Orygine offers a seven-course tasting and a la carte options. The chic restaurant showcases locally sourced seasonal ingredients, ideally paired with its range of locavore wines and libations.

At the Continental, waiters dressed in white jackets and black bow ties set the tables on traditional French cuisine. Classic dishes like ChÃ¢teaubriand and veal cordon bleu go perfectly with a Grand Cru from the 5,000-bottle menu. Meanwhile, the mixologists concoct Jungle Birds and Moscow Mules and pour a dozen wines by the glass at Bar 1608 at ChÃ¢teau Frontenac, an inviting lounge with an overflowing atmosphere.

Perhaps the jewel of Lower Town, the Quartier du Petit Champlain is one of Old Quebec’s most visited landmarks, with its low-rise architecture and quaint storefronts. At the heart of this small neighborhood is Rue de Petit Champlain, one of the oldest shopping streets in North America, and Rue du Cul-de-Sac, also known as Umbrella Alley, is the great place for a photo under the colorful hanging umbrellas.

A few steps away, Place-Royale, where Samuel Champlain founded the city in 1608, houses the Fresque des QuÃ©bÃ©cois, a giant mural recounting the city’s 400 years of history, and the Notre-Dame-des-Victoires church, one of the oldest places of worship.

The Lower Town is full of art galleries, many of which showcase Canadian artists and their work. For more art but in a contemporary context, the MusÃ©e des civilizations blends perfectly with the historic setting of the city. As the most visited exhibition space in the city, this museum honors the heritage of French-speaking America and the evolution of French culture in Canada and abroad while presenting unique works.

A jump in the funicular or ascent of the iconic “vertiginous staircase” – the oldest steps in town dating back to 1635 – end at Dufferin Terrace in Upper Town. The wide promenade overlooking the St. Lawrence River is a beautiful place to stroll, day or night.

A walk through the Porte Saint-Louis or “Porte Saint-Louis” – one of the four remaining gates and an entry point into the fortified walls around Old Quebec – leads to the Parliament Building, the fountain Tourny, the verdant Grande AllÃ©e, a lively thoroughfare dotted with pubs, restaurants and shops.

Finish at the Plains of Abraham in Battlefields Park, site of the Battle of Quebec in 1759. The jewel of the green space is the Joan of Arc garden, a repository of more than 150 varieties of flowers and of plants and one of the most picturesque places in Quebec City.

The writer was the guest of Quebec CitÃ©. 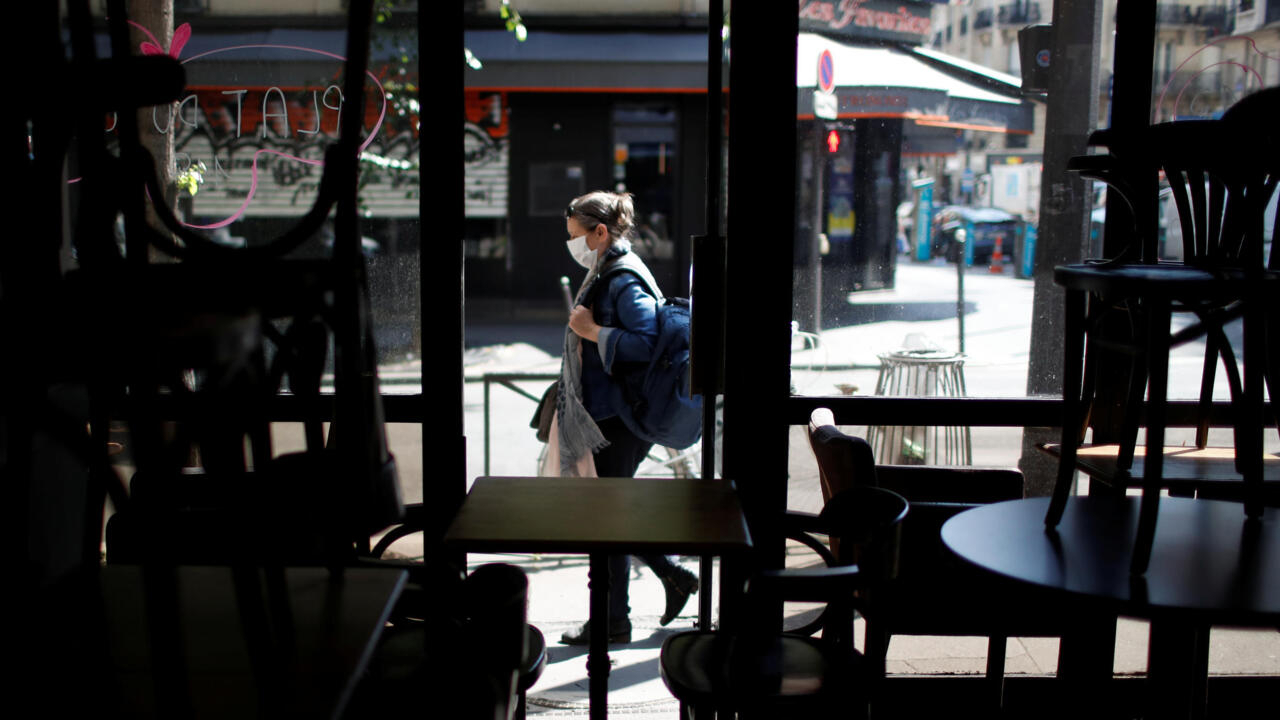