Arsenal boss Arteta to recall Aubameyang at £ 350,000 a week 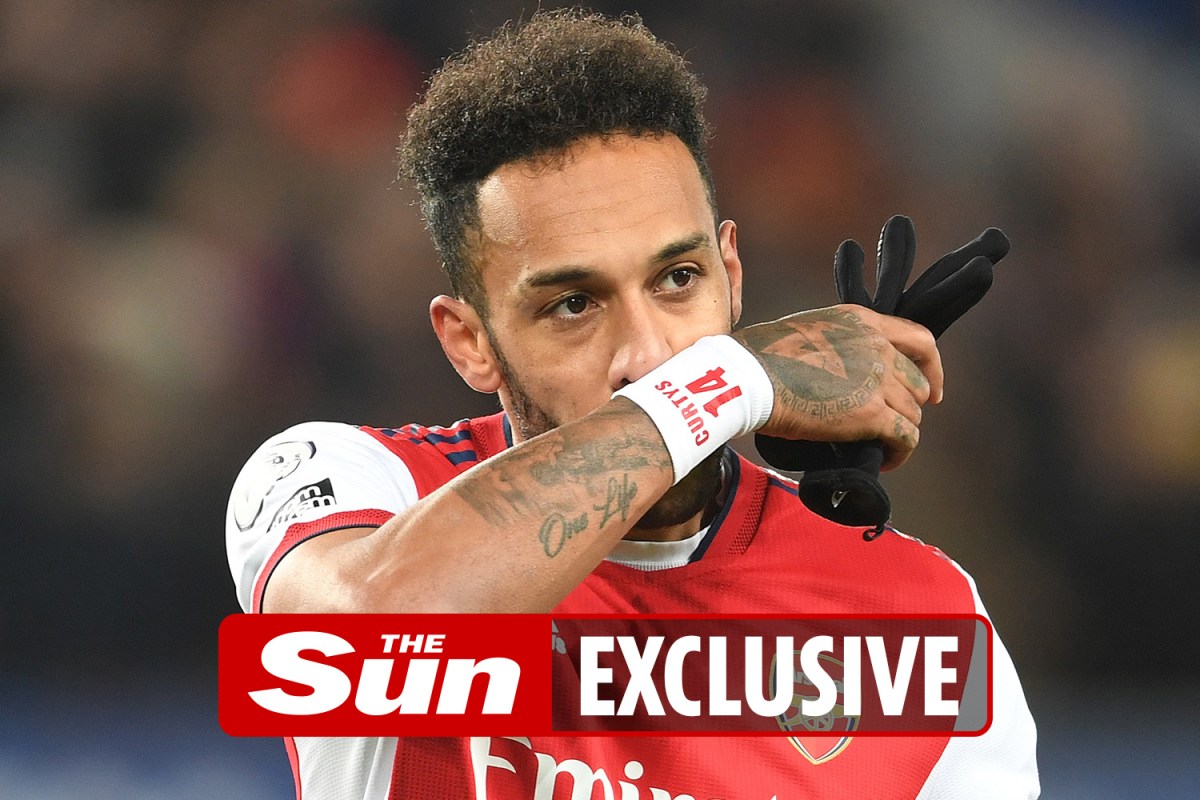 FORMER Arsenal favorite Tony Woodcock believes Mikel Arteta will have no choice but to bring Pierre-Emerick Aubameyang back from the cold.

The former Gunners striker attacked Aubameyang – who was stripped of his captain’s post by Arteta – for â€œdisrespectingâ€ the club’s history and traditions.

The Gabonese striker has been abandoned in the last two games after his late return from an authorized trip to France.

He only signed a three-year contract extension last September for around Â£ 350,000 a week.

And Woodcock, who was Arsenal’s top scorer in each of his four seasons at the club from 1983 to 1986, believes an olive branch will need to be extended if North Londoners cannot sell it.

Speaking to SunSport, the England 42-cap forward said: â€œAubameyang is costing the club a lot of money, so to get a return on what he needs to score goals.

“This is the only way for him to reimburse Arsenal for giving him this extended contract.

â€œIf that doesn’t happen you have an unhappy player costing the club an absolute fortune.

â€œThen you’ll have people swimming around thinking they can get it for next to nothing, and the return on their investment will be really poor.

â€œBut he’s 32â€¦ someone isn’t going to pay huge sums to buy him and then pay his big paycheck on top of that.

â€œMikel Arteta did the right thing, but you have to see how it plays out because you don’t want to throw a lot of money out the window.

“With what he’s cost over the years and what he’s owed over the life of his contract, the only way to get Aubameyang back is if he scores a lot of goals.”

Alexandre Lacazette had the armband against West Ham on Wednesday night, but Bukayo Saka, Ben White, Martin Odegaard, Aaron Ramsdale and Kieran Tierney have all been tipped to be the long-term skipper.

Woodcock, 66, says there is no obvious choice to take the armband but the Nottingham Forest legend insists the Arsenal boss made the right choice to uphold the club’s principles.

He added: â€œIt’s the only thing Arteta could have done. If you run out of time in your timing something else will happen later.

â€œIt seems there has been a lack of discipline on more than one occasion. You have to show a little more respect whether you are a captain or not.

â€œYou have the academy kids coming in and you tell them Arsenal is the club with tradition and history, that you should wear this jersey with pride.

â€œSo you don’t show up late for work or say you couldn’t come back that day.

â€œThere might have been a valid reason, but then you pick up the phone and communicate.

â€œWhen I joined them from Cologne in 1982, it was a question of behavior.

â€œThe captain would choose whether you wore long or short sleeved shirts, and we were told we weren’t allowed to wear facial hair because it was 100 years old. It was an institution.

â€œWhen you represent Arsenal you have to be on top of your game, on and off the pitch. “

Woodcock made a name for himself in Forest on Brian Clough’s winning team, playing on the 1979 European Cup winning team.

Alongside Viv Anderson and Gary Birtles, he was one of three members of this Nottinghamshire-born team.

And their stories are the subject of a new documentary released in early 2022 on the new 360 Sports TV streaming platform.

Launched last week with over 300 hours of content and a host of other films in the works, it’s the first service dedicated solely to sports documentaries.

And Woodcock, who is a director and founding shareholder, said: â€œIf you win the Champions League now, you are lucky to have three players from the same country.

â€œAnd you look at the class of 79â€¦ we had three guys from Nottingham.

â€œGary Birtles was an upholsterer who came, Viv was from the second largest municipal estate in Europe where he was one of only two black families, and I came from a pit village that had a certain reputation.

LATEST IN SUN BINGO AND VEGAS

â€œEveryone seems to love sports documentaries, but we thought we could do it differently.

â€œYou might see Michael Jordan and David Beckham, but there are some really great stories of incredible effort and determination.

â€œI see Arsenal making a behind-the-scenes documentary. If we had made one in Forest, it wouldn’t have been allowed – we would have had to put it on the dark web!