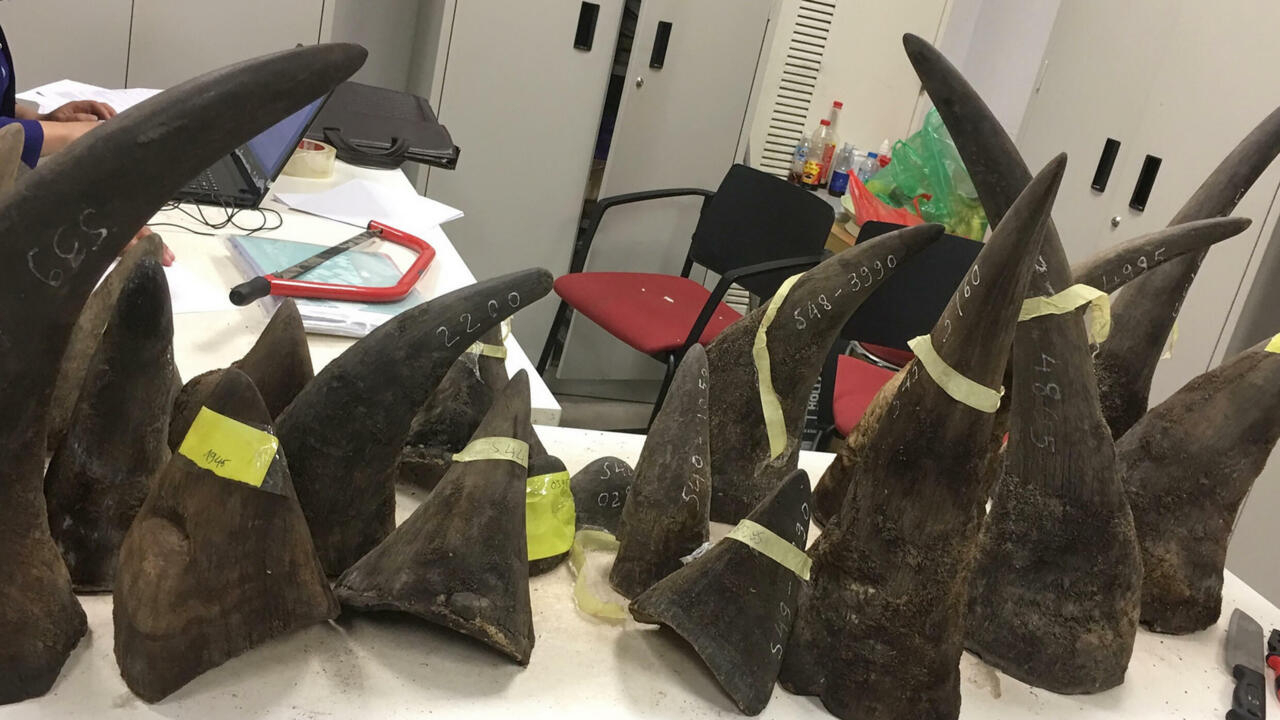 Hanoi (AFP) – A rhino horn trader has been sentenced to 14 years in prison, the longest prison sentence ever handed down by a Vietnamese court for the crime, a local conservation group said on Wednesday.

Vietnam is both a consumer hub and a popular transit point for the multi-billion dollar trade in animal parts.

Authorities have long been committed to stemming the flow of illegal wildlife across its borders, but experts have warned that the black market persists thanks to weak law enforcement.

Earlier this week, Do Minh Toan, 36, was sentenced to 14 years in prison for trading and trafficking rhino horn from the United Arab Emirates (UAE) to Vietnam.

It came after customs officials at Hanoi’s Noi Bai International Airport discovered in 2019 55 pieces of rhino horn – weighing around 125 kilograms (275 pounds) – in a carefully disguised shipment.

The pieces were coated in plaster and the police used rods to separate the casts.

According to the non-governmental organization Education for Nature Vietnam (ENV), the sentence is the most severe to date in the country for crimes related to rhino horns and the wildlife trade.

“Amid negative opinions about Vietnam’s handling of wildlife crimes, this heavy sentence has shown that the relevant Vietnamese authorities have started to impose severe penalties to deter people from committing wildlife crimes,” ENV deputy director Bui Thi Ha said in a statement.

The organization said Vietnam has recorded 317 rhino horn crimes since 2017. A total of 24 people have been arrested and charged, with the average prison term for those convicted of more than five years.

Some believe that rhino horn helps cure illnesses and hangovers when powdered.

African poachers have decimated wild rhino populations to meet demand despite a global trade ban since the 1970s.

Only about 29,000 rhinos survive in the wild, up from half a million at the start of the 20th century, according to conservationists.