Erica R. Cramer
France traditions
Comments Off on Can we break free from the colonial mentality?

Can we break free from the colonial mentality? 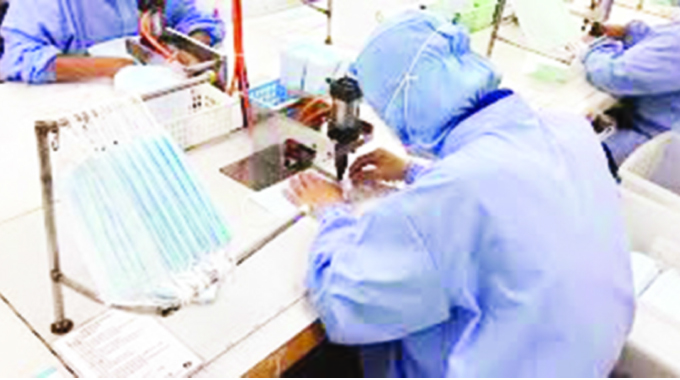 Long after colonialism ended, my own 11 year old son speaks English as if he were born in England and has difficulty speaking his own mother tongue, Shona.

If he speaks in Shona, he does so with such a corrupt accent that his own grandmother is stunned!

Has colonialism and its cultural domination of white settlers really disappeared?

Decades after our independence, the colonial past still reveals its ugly face in our daily lives, at home, at work or at school.

Many Zimbabweans and Africans in general share the same situation as mine, questioning our authenticity as the black people of Africa, if the brutal truth was told.

“Colonialism Never Really Ended: My Life in the Shadow of Cecil Rhodes” is an article written by Dr Simukai Chigudu, a Zimbabwean based in England, in the UK Guardian, January 14, 2021 .

This article talks about the paradoxes we experience in our daily life as African people.

Why is it that in all of our aspects of life we â€‹â€‹still live under the shadows and vestiges of colonialism and struggle to emancipate ourselves and define who we really are as Africans?

Why have we allowed our children, under our supervision, to flee their own mother tongue and speak foreign languages â€‹â€‹like English, French, Portuguese, as if they lived in England, France or Portugal?

Why are we spending millions of dollars sending our children to schools and universities overseas and avoiding our own educational institutions?

We can blame the stars and the moon, but if we are telling the truth, the problem lies with us, the parents, who made our children believe that everything that has to do with their roots, their Africanness is backward. and must be avoided and that the entire West is progressive and must be embraced.

Our ancestors were defeated by the settlers and dispossessed of their lands and their wealth.

Born and raised under colonialism, our parents were made to believe they were inferior to whites and for an African to be successful and prosperous they had to emulate the way settlers dress, talk, eat, educate themselves. , etc. avoiding theirs.

They also passed on this belief, consciously or unconsciously, to us, their children.

We too risk transmitting the anatomy of defeat, the same mentality inherited from our parents, to our children, unless we change course quickly.

If we do not change course, our children will transmit the same mindset that we have imparted to them, to their children and to the children of children, forever engraving the anatomy of defeat in the mindsets of our African people.

The education system is not suited to its purpose

Here’s the problem: the colonial education system taught us to be workers and not entrepreneurs, machine operators and not designers, repairers and not inventors, builders not architects, administer Western drugs and not to invent drugs.

We are proud to have received a Western education, written and passed Cambridge O and A Level exams, graduated from Oxford in England, Sorbonne in France, etc.

If our education system was British or French, as we claim, why did the British and French invent cars, airplanes, spaceships, machines, computers, and not us?

If our education system was British or French, why did the British and French build industries and excel in scientific innovation, and not us?

He doesn’t need a rocket scientist to tell us we haven’t had a British or a French education.

The colonial system tricked us into believing that we were receiving a British and French education when we were not.

We have received educational systems designed by the colonialists to meet their purpose, to serve the colonial system and not to guide the development and social transformation of Africa.

Unfortunately, we have perpetuated the same educational systems, mostly with cosmetic structural changes.

We have also perpetuated the colonial economic models that kept us at the stage of extracting and exporting low-value primary products, as factories, industries and jobs are created in Europe and elsewhere.

Colonial economic models worked well for the colonizers, who made products in Europe using cheap and plundered resources from Africa, and then made finished products that were resold in Africa at higher prices.

Dear Africans, let us be proud of our local African languages. Language is our form of identity; it defines who we are as a people.

Let’s learn math, science, history, medicine in our schools, colleges and universities in our local languages.

Chinese, Swedes, Germans, Japanese speak and learn in their native languages â€‹â€‹and they have prospered as nations.

Let us change the colonial education systems that were designed to serve the interests of our colonial masters and not our own.

We sent our children overseas to study at Harvard or Cambridge, but it did not significantly change African economies and societies.

Many of our descendants have stayed abroad and fewer have returned. Those who have returned, placed in leadership positions, have unfortunately not been able to effect significant changes at home.

Maybe what they learned at Harvard or Cambridge is not relevant and relevant to our own African situation and environment.

If so, why don’t we transform our own colleges and universities to match our own purpose, so that they can produce graduates capable of transforming our economies and societies?

Baffour Ankomah, editor of New African magazine, shared with me an interesting video on social media about a young man from Gambia called Ousman Touray.

Ousman turned down a scholarship to study in Canada, opting instead for a master’s degree in development studies in Rwanda.

Ousman believes that we have good institutions in Africa, and it is high time that we value and be proud of what we have.

â€œThe best intellectuals in Africa have studied in the highest universities in the world, but what have they given us? he questions.

Africa’s development and social transformation agenda can only be achieved with solutions derived from and within our African environment, not from outside, argues Ousman.

African countries should start building education systems that meet our national development aspirations and meet the needs of our younger generations. Young Africans, like Ousman from The Gambia, should stop believing that better educational opportunities can only be found outside of Africa, Europe, America or elsewhere.

Professor Amon Murwira, Minister of Higher and Tertiary Education, Innovation, Science and Technological Development, has taken the bull by the horns and is determined to change the course of the education system inherited from the British colonialists.

Professor Murwira leads a concept in higher education called â€œEducation 5.0â€ – a system driven by knowledge and technology and focused on innovation, invention and industrialization.

Zimbabwe is starting to see innovation and industrial hubs sprouting up in all of its university centers, universities producing industrial patents, university graduates becoming entrepreneurs and launching start-ups, etc.

Zimbabwe has gaping skills gaps in engineering and technology, natural and applied sciences, medical sciences and health and agriculture.

The Education 5.0 program aims to fill these gaping science and technology gaps, as well as develop skills in applied arts and humanities, as well as business and commerce.

We will continue to live “in the shadow of Cecil Rhodes”, as Simukai Chigudu says, if we do not change our mindset and work to build the Africa we want, as advocated by Agenda 2063. of the African Union.

The anatomy of defeat will continue to haunt us if we don’t change our mindsets and start believing in ourselves and our abilities, taking pride in our languages, heritage and traditions, and valuing what we have – our people, our abundant resources.

We need to marvel at our native things and innovate to stimulate development from within, using our own in-house solutions, which work best for us. – New African magazine