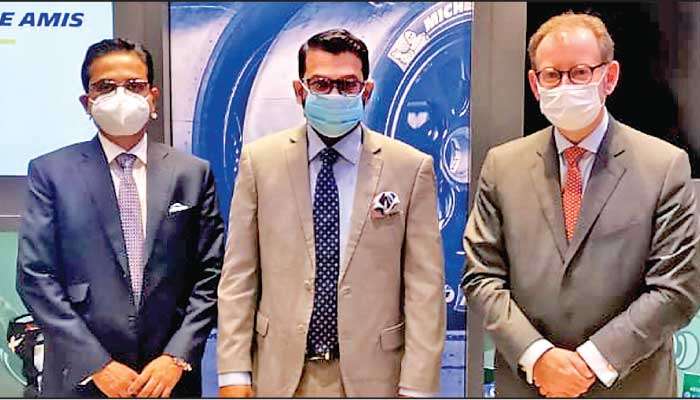 The Minister of State for Regional Cooperation, Tharaka Balasuriya, and the Chairman of the Board of Investment (BOI) Sanjay Mohottala, conducted a series of business meetings in France last week on the sidelines of the IFTM TopRESA Travel fair which was held in Paris.

This included a series of high-level meetings with a number of companies ranging from hospitality to manufacturing and development finance.

As part of a series of nearly 20 high-level talks that recently ended in France, the delegation met officials from Accor hotels and Club Med Resorts.

In addition, meetings were also held with a number of leading financial institutions, including Proparco, owned by the Agence Française de Développement, as well as Lazard, a leading financial advisory and asset management company. plan, and Eiffel Investment Group.

The delegation also met with senior officials from Michelin and the Movarc Group to explore the possibility of expanding their footprint in Sri Lanka, thereby contributing to the manufacturing economy which is currently growing in terms of exports. In addition to business and trade related meetings, Minister of State Balasuriya also met with members of the Sri Lanka-France Parliamentary Friendship Association at the Senate premises, which was followed by a meeting with the UNESCO Assistant Director-General for Creative Economy Ernesto Ramirez on securing assistance to further develop Sri Lanka’s creative sector.