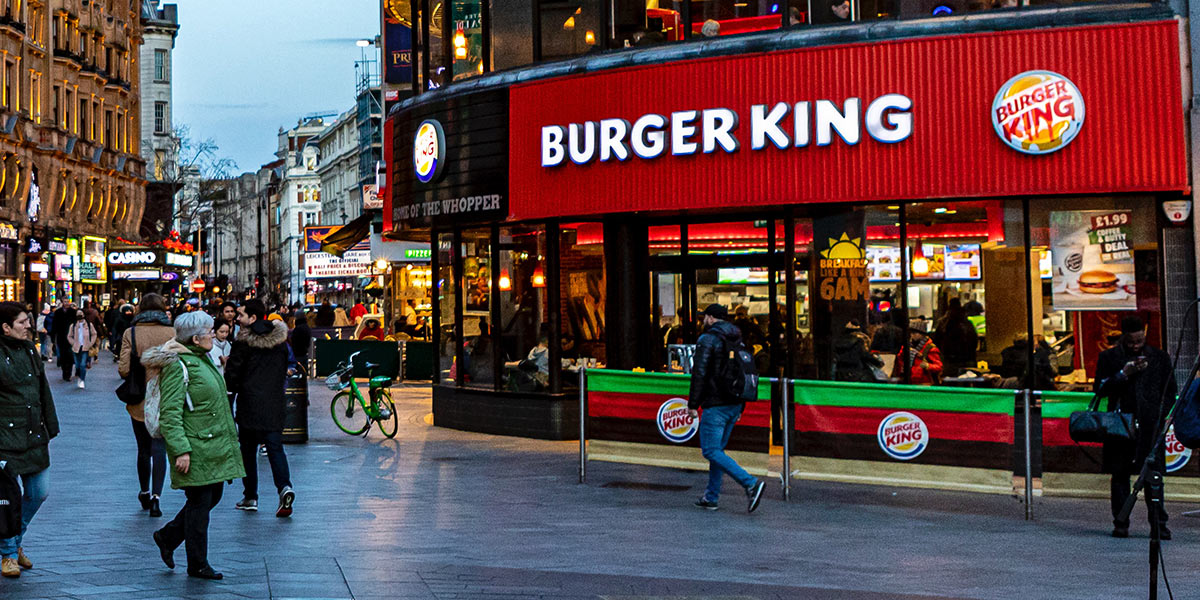 In the wake of its appeal to fast food lovers to stand out from their competitors, Burger King France has shifted into high gear. The burger giant has opened its Instagram account to independent French restaurants to gain visibility during their closure.

After the blows the restaurant industry has suffered around the world, the social media campaign is sure to win praise from Burger King. The free and generous advertising giveaway, imagined by Buzzman, will run until January 21, when restaurants will be allowed to reopen.

Until then, a number of restaurants that need visibility will be able to post to the account for free. Each day, Burger King will highlight several with their menus, their addresses and their promotions.

To participate, restaurant owners will only have to post a photo of their signature dish with the #WhopperAndFriends and Burger King France will take care of reposting them. 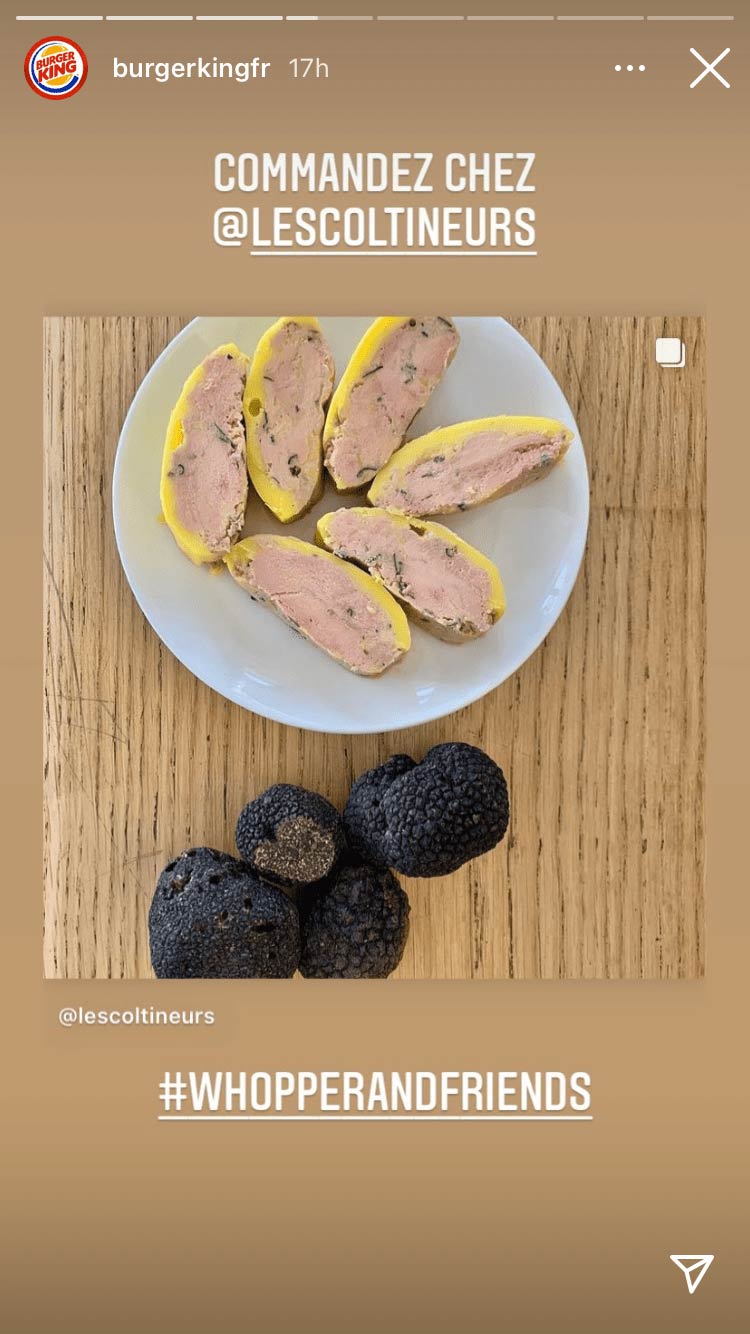 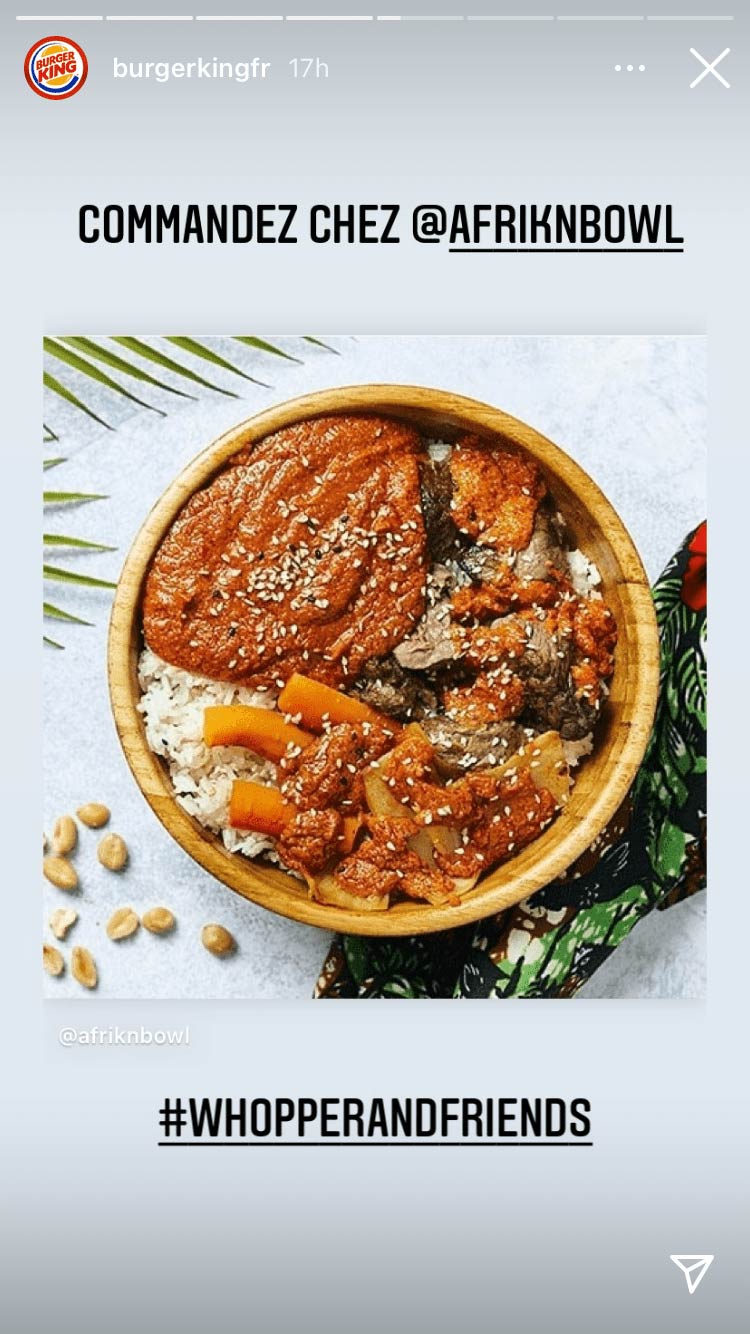 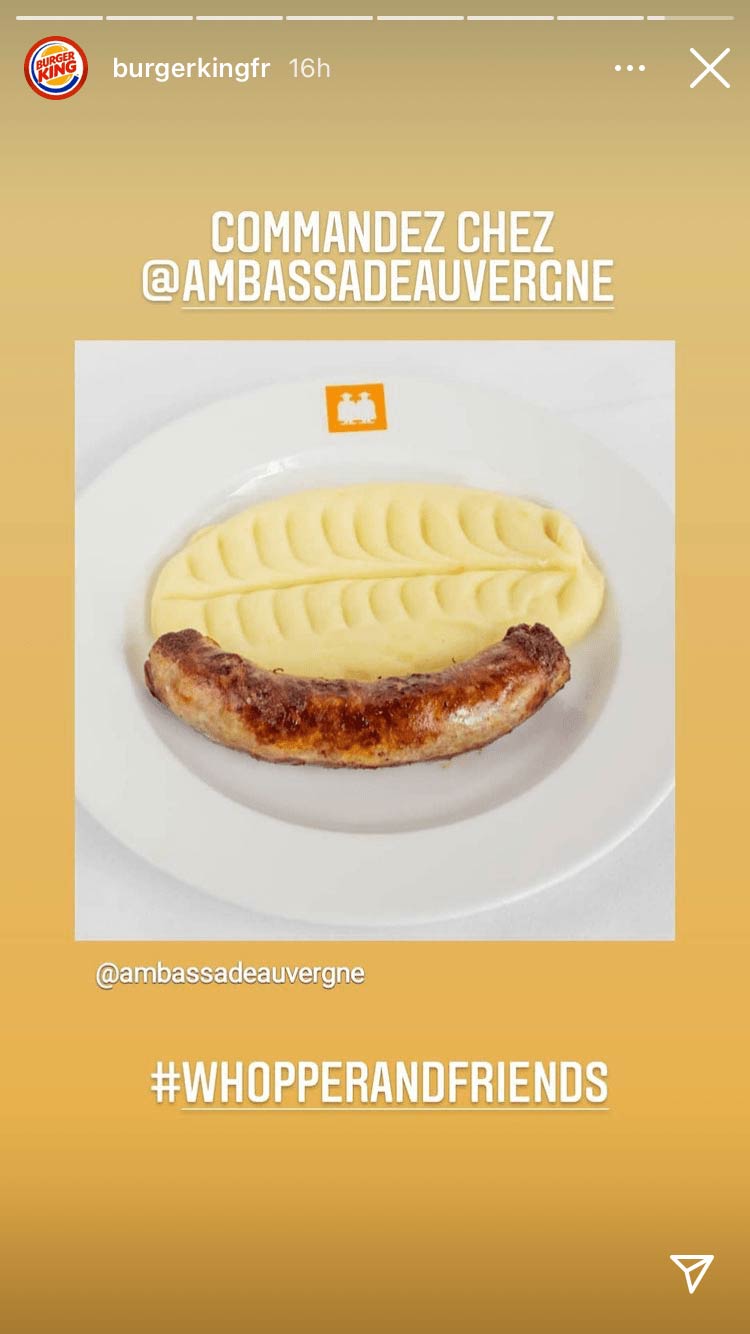 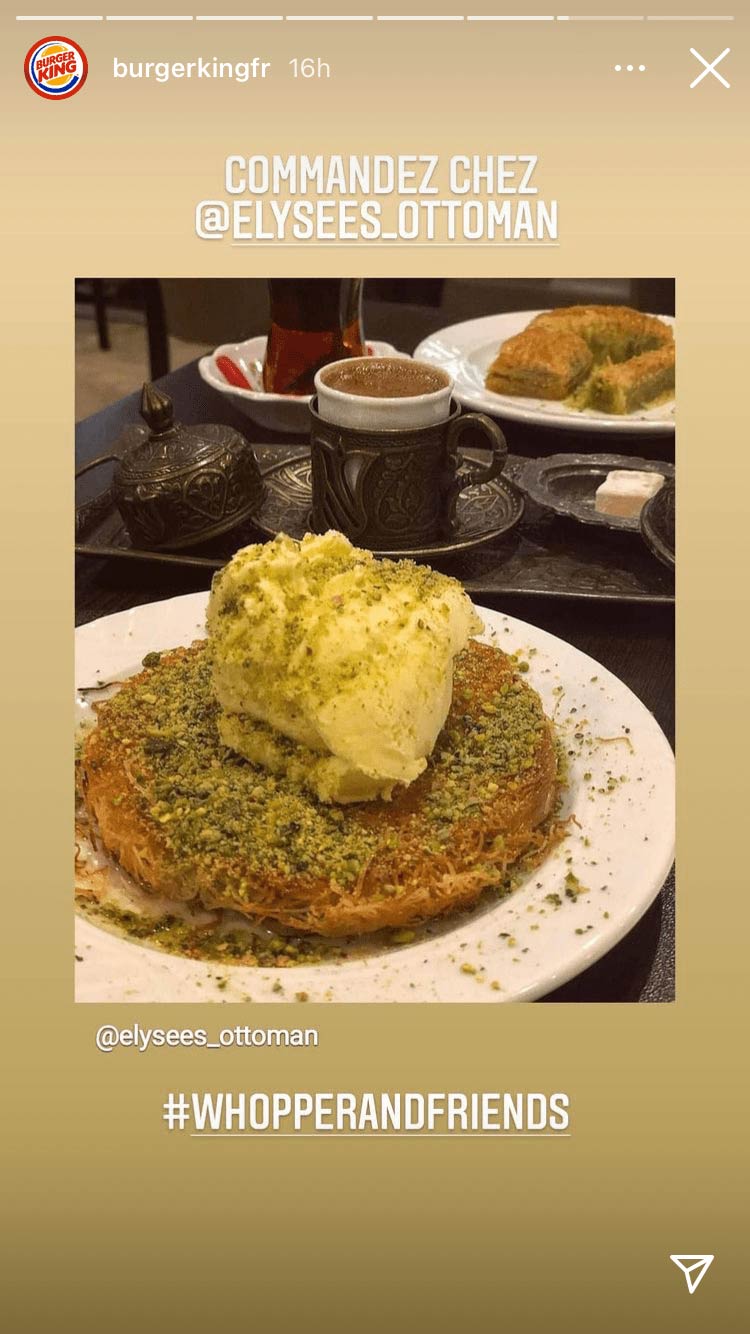 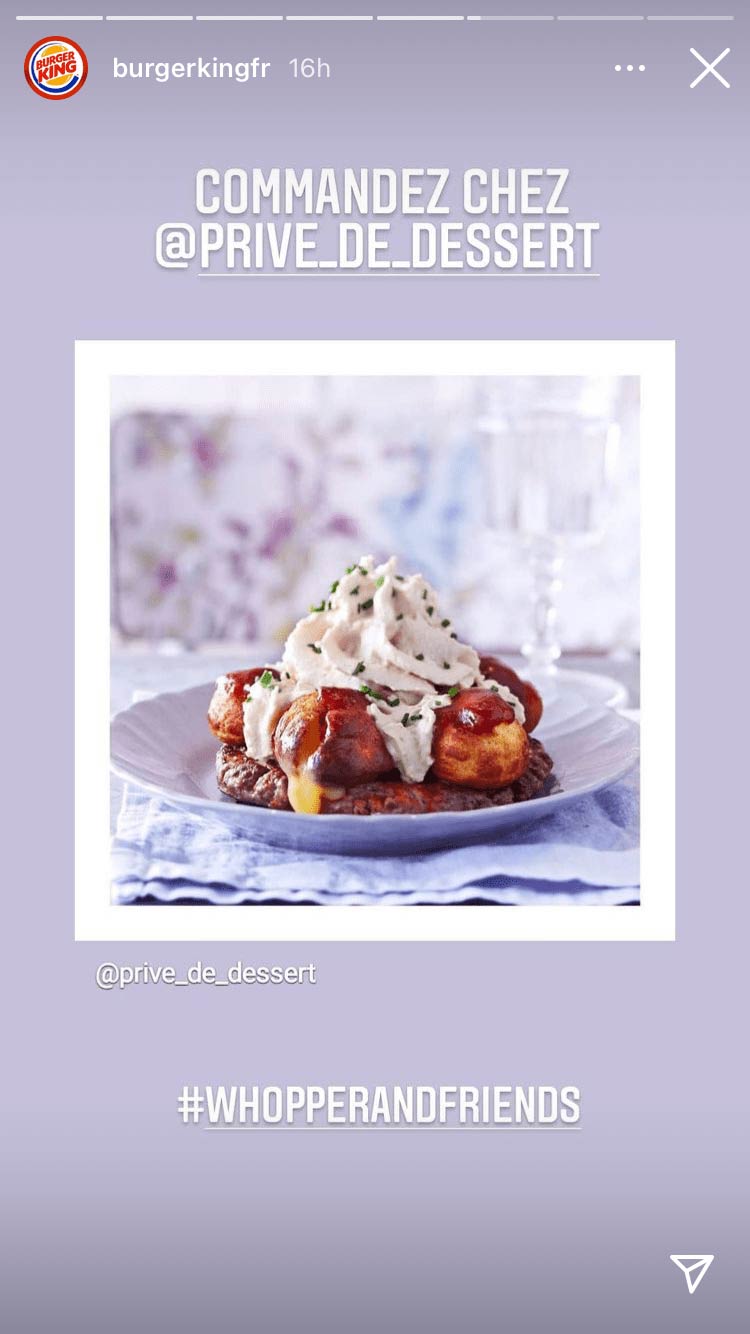