Many French restaurants hesitate to reopen after the Covid-19 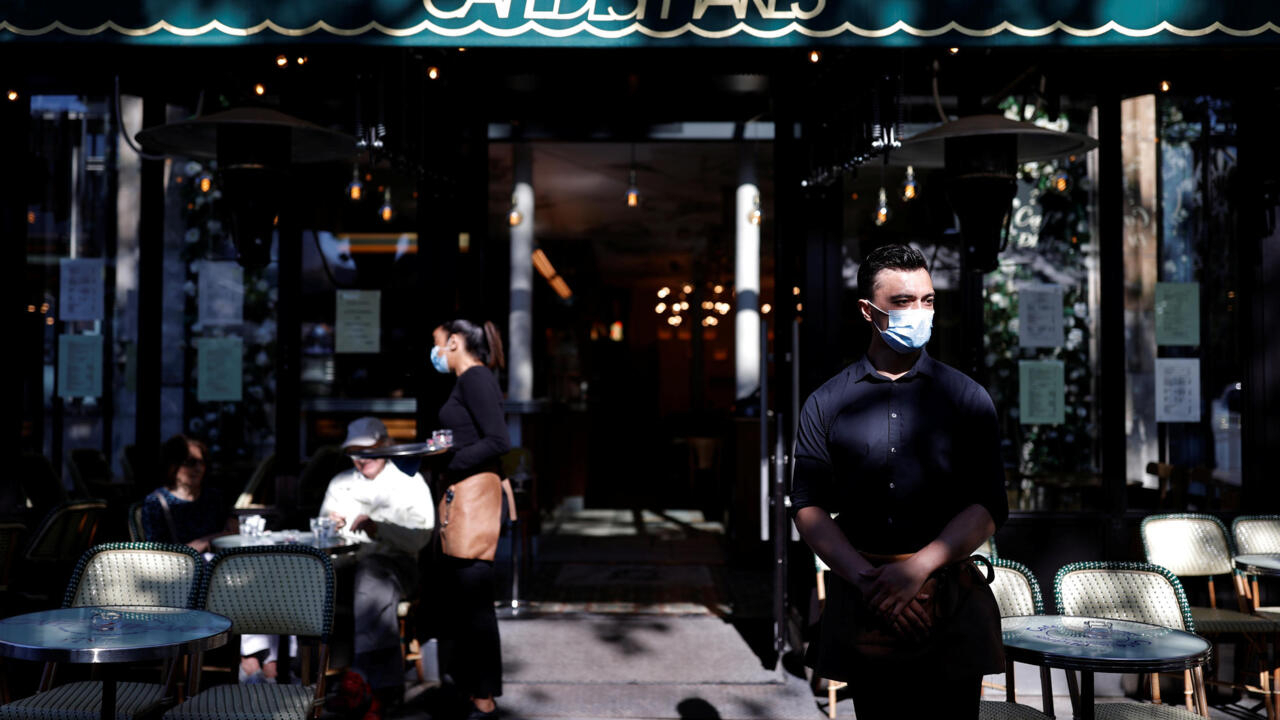 Restaurants opened in France on Tuesday for the first time since their doors were closed due to the Covid-19 epidemic in March. But in one of the industries hardest hit by the lockdown, many are unsure whether it’s better to reopen at all.

The owners of the restaurant Le Grand Bain, in a small street in the Belleville district in eastern Paris, have decided not to resume their activities on Tuesday.

They cite several reasons, ranging from considerations for the 10 employees temporarily laid off to doubts about profitability. At the end of the day, this is too much uncertainty.

“The conditions for reopening are still too unclear for me,” said owner Edouard Lax, who has found little comfort in the government’s handling of the epidemic since it brutally ordered restaurants to close on March 15. .

â€œDuring Covid the government made a lot of announcements and you heard a lot of things, but you are never sure until it becomes law,â€ he said.

Unlike those in the rest of metropolitan France, which were able to reopen fully on Tuesday, restaurants can only offer outdoor spaces in the Paris region because health authorities consider the neighborhood vulnerable to an upsurge in new cases of Covid-19.

Restaurants with large terraces are better equipped to accommodate, but not all locations have access to outdoor space.

Le Grand Bain bases its model on a long evening service with 38 seats at the tables and 10 more at the bar. He did not use the small sidewalk space outside the building before the lockdown, in part to keep the peace with neighbors.

City officials did not allow the street to be closed to set tables, meaning only the narrow sidewalk would be available, but Lax did not jump at the chance.

â€œIf I stick to the size of the restaurant and put tables in front with a yardstick between each, that’s three tables. It would be from 7 p.m. to 10 p.m., which is a shift and a half, â€he said.

â€œWe could expand further, but we are trying to create an atmosphere. If we sit someone 20 meters from the restaurant, what experience does they get? “

French restaurateurs have a long way to go as they recover from a lockdown that has put around 90% of staff out of work and reduced activity to near zero.

“They can reopen, but economically, it will not be profitable,” Didier Chenet, president of the GNI union of hoteliers and restaurateurs, told AFP news agency.

GNI conducted a survey in April which found that 17% of restaurant owners had no plans to open, with some closing permanently and others preferring to wait.

â€œA lot of my clients ask if they should reopen or not,â€ said Lila Djellali, consultant in launching eco-friendly restaurants. â€œIt’s not profitable, it’s complicated, and they’re discouraged. In short, they cannot imagine that it is working well.

Djellali says the city’s arrangements for setting up tables on sidewalks and some streets do not offer as much relief for restaurants as they do for bars, due to the requirement to close at 10 p.m.

“Restaurants will only be able to take orders until 9 p.m., which means you can only do one round of service,” Djellali said.

â€œFor a restaurant to be profitable, there must be two rounds of service. This is not possible if the income is halved.

Djellali cites difficulties with insurance companies and access to state-guaranteed loans as other complicating factors.

She urged the government to continue offering time off to laid-off workers until December.

At Le Grand Bain, Lax wants to see if the Paris region will become a green zone when the government activates the next phase of its post-epidemic plan on June 22.

It would be a green light for restaurants to relaunch interior spaces, which, in the case of the Grand Bain, would be more of a return to normal. Until then, Lax says he’d rather wait.

“I prefer not to reopen too quickly, get people out of unemployment and then not have enough business,” he added.