Dine at Frevo in New York 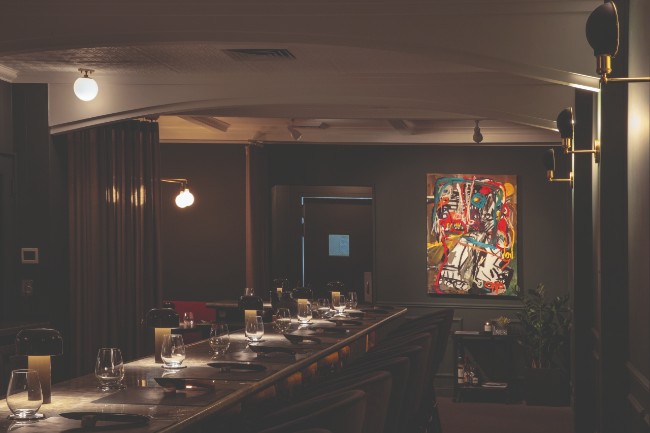 Seating for the $ 124 five-course menu over a glass of champagne, we watched Sampogna in the open kitchen in front of us, and I marveled at the ballet quality of a team of chefs at work, as the The most urgent part of any good meal, perfect timing, is so often hidden behind closed doors. Even though he is only 28 years old, Sampogna once had a remarkable career, which began when he arrived in Nice to enroll in hotel school at the age of 17 with shining eyes.

“I wanted France,” the chef told me with a smile. “And now I want New York.”

After graduating from hotel school, Sampogna worked for many great French chefs, including Fabrice Vulin at La Chèvre d’Or, Guy Savoy in his eponymous restaurant and Alain Ducasse at the Hôtel Plaza Athénée. “France gave me the perfect tools for my career. But New York is the place that really unleashed my creativity, ”he added. Sampogna is indeed strikingly creative, but it is also very subtle, as the first course shows: a delicate, almost angelic composition of crabmeat, curry and broccoli topped with Kaluga caviar.

Next comes a charming dish of peas and crushed pistachios under a cloud of coconut foam – a nod to the cuisine of the homeland of Sampogna, where coconut milk, meat and oil are ingredients. common. Does it sound simple? It used to be, but the ecstasy of simplicity is the most elusive goal in French cuisine. And yet our next dish, the Hudson Valley foie gras with dried figs, apricots, pistachios and thin ribbons of nori, was equally skillfully elegant and deeply satisfying.

My favorite was the halibut with braised fennel bulb in a seasoned fennel juice, a sublimely refined dish that showcased the chef’s young culinary muscles. Colorado lamb with cracked wheat, roasted tomato, lamb curd and yogurt mousse followed. The meal ended with a refreshing composition of lemon, lime and almonds. Suffice it to say that a new generation of French-trained chefs like Franco Sampogna is renewing the superlative references of French cuisine, not only here in New York, but around the world.